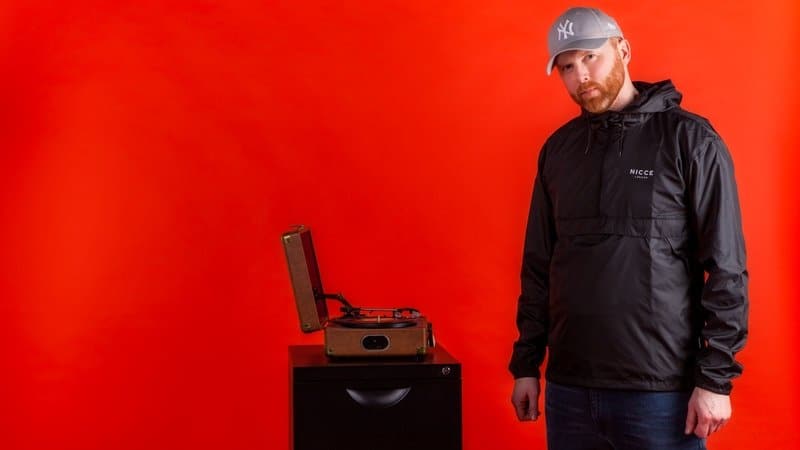 We now have the final line up for Eurosong 2022, as Miles Graham joins the line up!

Singer-songwriter Miles Graham is originally from Clondalkin in Dublin and is now based in Co. Sligo. Miles was a guest on Weekend Wogan on BBC Radio 2 in 2015 with the legendary broadcaster Terry Wogan. He made his TV debut on The Late Late Show in 2018, with his song Let it Shine. He has since released several dance collaborations (Don Diabo, L’Tric, Tom Budin) as well as an EP All the Right Things in 2020. Miles currently has a dance collaboration, She is Gold, with Australian DJ outfit, L’tric.

Speaking about his song Miles said: “I wrote the song around April/May 2020 while on the first lockdown at home with my kids. I’m so proud of this song and the way it organically came about. It’s got a real sense of hope and community about it.

“It would be amazing if it ends up representing Ireland at the Eurovision. As a songwriter, to have my own children singing on the track is really so special.I try to create music that I want listen to and focus on trying to create unique melodies and lyrics.

“Piano and all vocals were recorded in my living room, and the rest in London. A nice addition was the brass and trumpet solo, which was played by members from Amy Winehouse’s original touring brass ensemble.”

Three song have already been revealed earlier this week:

Song 5: Patrick O’Sullivan — One Night, One Kiss, One Promise

Rachel Goode from Ballinasloe Co, Galway. Rachel was offered to sing her song after the Swedish songwriters went on Instagram to find an Irish singer.  They found Rachel, loved her voice and now she is set to perform in front of her biggest audience yet on Eurosong, February 4th.

Brendan Murray is no stranger to Eurovision having represented in Ireland in 2017 with his song ‘Dying to Try’.  Brendan has been busy since he last competed in Eurovision.  in 2018 he participated in The X Factor UK and reached the semi-final!

Janet Grogan studied popular music in Dublin, and subsequently earned her a scholarship to Germany’s prestigious Pop Music University in Mannheim, Germany.  This is not Janet’s first experience with Eurovision as she accompanied Nicky Byrne in 2016 and Ryan O’ Shaughnessy in 2018 as a backing vocalist. Janet was a contestant on The X-Factor in 2016, making it to Sharon Osbourne’s house for consideration for the finals.

Brooke is a singer from Northern Ireland who competed in The Voice UK in 2020.  She was successful on the show and reached the final of the series, finishing in joint 3rd position.

Patrick O’Sullivan achieved a degree in Musical Theatre from The Arts Educational Schools in London on a full scholarship awarded to him by the college principal, Andrew Lloyd Webber. In late 2021, Patrick appeared on the RTÉ singing game show, Last Singer Standing. Patrick was voted the eventual winner of the show, taking home €25,000. In December 2021, Patrick released a charity Christmas single, The Hour Before Christmas in aid of The RTÉ Toy Show Appeal.