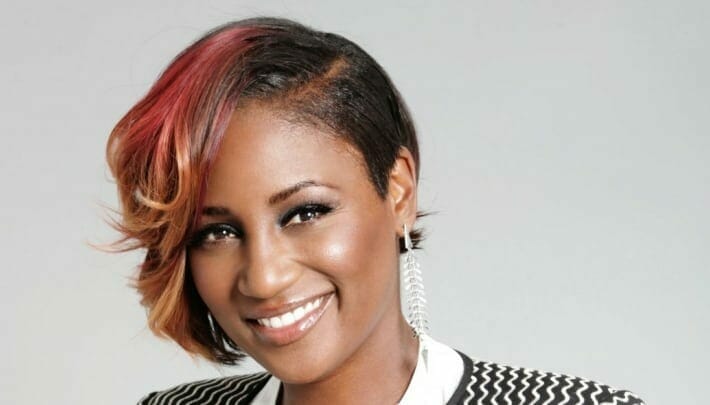 Information from the hostess of Eurovision 2021 on the organization of the competition given to Dutch media.

While Albania and Israel have now selected their songs for the ESC, Edsilia Rombley gave her thoughts about the organization of the contest in May.

The former Dutch representative (1998 and 2007) was interviewed on NPO Radio 1. She ruled out the idea that the event will be held with a full-fledged audience like in the past.

An announcement surely disappointing the fans of the ESC, but which was predictable given the health context in Europe.

“I think we can rule out that it will be a contest like the ones held in previous year, with a lot of people. It’s not going to happen. The organization is checking every day to see what’s possible, but we have to wait and see how the COVID 19 pandemic develops and more now with the new variant.”

The Eurovision hostess did not say how the show will be conducted but the Eurovision 2021 organizing body revealed 4 scenarios last year.

The Dutch national broadcaster has unveiled that the final decision regarding the scenario adapted to hold the forthcoming 2021 Eurovision Song Contest will be unveiled by mid-February.

If we can now rule out scenario A, what are the other options?

Scenario B: the contest would be held in Rotterdam with limitations. At least 1.5 metres social distancing, limited number of attendees, press and country’s delegation limited as well.

Scenario D: all performances to be recorded from their home countries. Very little to no audience in Rotterdam Ahoy and no side activities. The shows will be hosted live from Rotterdam. 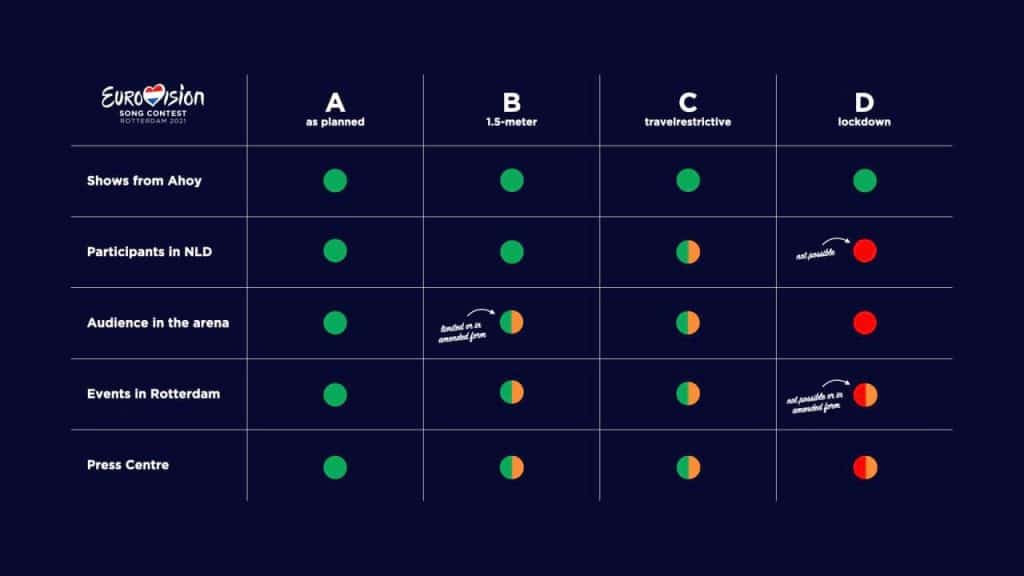 Which scenario would you like to see for Eurovision 2021? Which scenario do you think is most realistic? Let us know in the comments below!