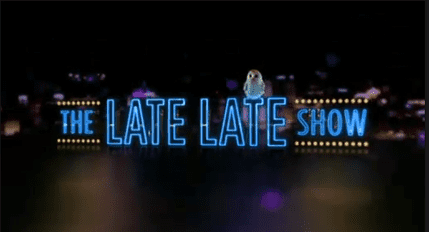 Exciting plans for the Irish national selection for Eurovision 2022 have been revealed! In an interview with Eurovision Weekly, Ireland’s Head of Delegation revealed many exciting details.

As previously indicated, Ireland will return to a national selection for the first time since 2015, and as with previous years the selection will take the form of a special Eurovision selection edition of the popular long running, live entertainment show â€”Â  ‘The Late Late Show‘.Â  The selection will most likely take place on Friday 21st January.

320 entries have been received, signalling a big up-tick in interest from the Irish music industry.Â  Ireland’s Head of Delegation has revealed that the submissions contained many recognisable industry professionals, that would never have considered entering Eurovision before.Â  It is anticipated that 5â€“6 songs will take part in the live selection show.Â  High profile domestic artists who have previously indicated being interested in Eurovision 2022 included SinÃ©ad O’Connor and Picture This.

Though the Late Late Show format has previously been used by RTÃ‰, the 2022 selection is likely to see some changes, with the introduction of an international jury, to accompany the public vote and domestic jury, in a 3 way split.

Speaking candidly, the Irish Head of Delegation has also been open about the challenges of planning a Eurovision selection show within a broadcaster that already has its limited financial resources fully assigned to its public broadcasting remit.Â  Though a Melodifestivalen style selection series remains on the table each year, ultimately it has not been a viable option as it would be at the expense of other high profile entertainment shows like ‘Dancing With The Stars’.

Are you looking forward to the Irish selection show? Let us know in the comments!