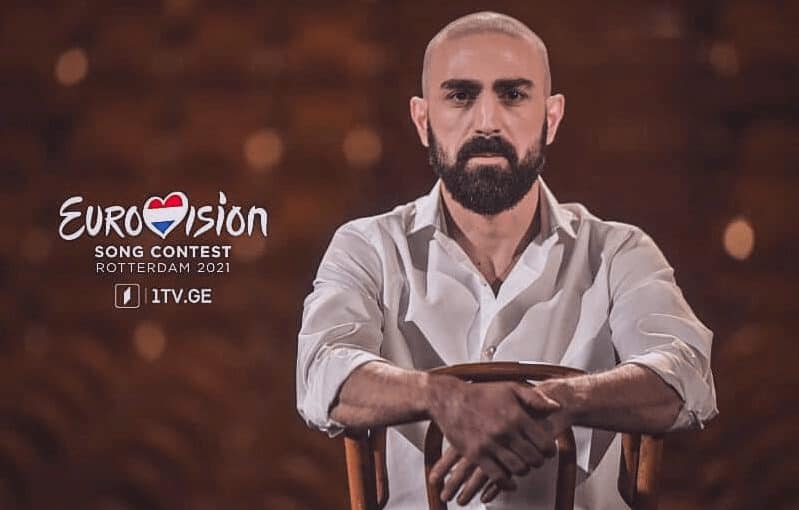 The second out of three songs to be revealed today is out! Tornike Kipiani will be singing “You” for Georgia in Rotterdam this May!

The song was played during “Dghis Kodi” on 1TV for the first time today. It is, as it was described before the song was released, is a mix of rock, pop-rock and blues-rock with The Gori Girl’s choir, Aleko Berdzenishvili, Marian Shengelia and Mariko Lezhava on the back vocals. Tornike wrote and composed his entry himself.

“You” is available on the Official Eurovision YouTube Channel and will be released on all digital platforms soon. Give it a listen!

Emilia Sandquist will direct the staging of “You” in Rotterdam. She was set to direct “Take Me As I Am” last year but was unable to do so due to the contest cancellation. She has previously directed Georgia’s entries from 2015, 2016 and 2017, as well as Sweden’s Melodifestivalen stagings.

Georgia became part of the Eurovision family back in 2007, where Sopho Khalvashi got the 14th place with Visionary Dream. The best result to date is 9th place, which was reached in 2010 by Sopho Nirharadze with Shine and in 2011 by Eldrine with One More Day. Some of Georgia’s other most memorable entries include Peace Will Come (2008), Warrior (2015) and Keep The Faith (2017). Tornike Kipiani was selected to fly the Georgian flag in Rotterdam before the contest was cancelled. Tornike has internally been selected to represent Georgia in 2021.

What do you think about “You”? Did this song make it into your top 10? Let us know in the comments below!