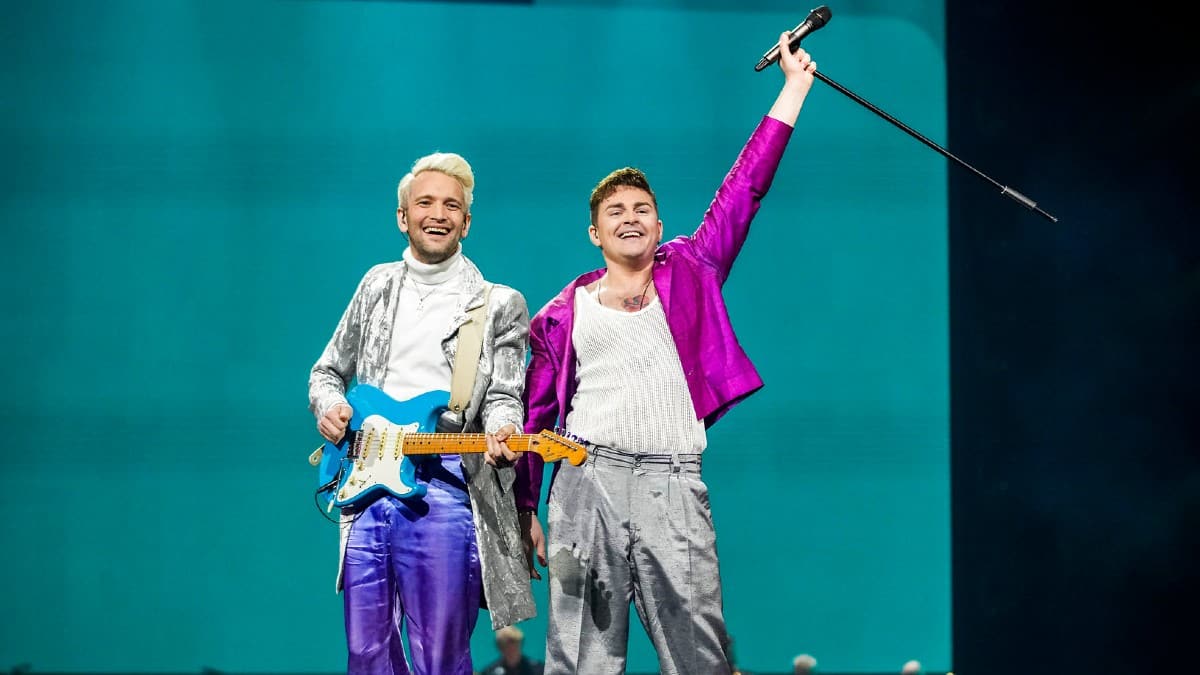 After representing Denmark at the Eurovision 2021 Festival, where they came close to qualifying for the Grand Final, the duo Fyr Og Flamme released their debut album. With the homonymous title to the band, the work comprises 10 songs, highlighting “Ove os pa hinanden”, a song they defended in Rotterdam, as well as the three previously released singles.

Winners of the Dansk Melodi Grand Prix 2021, Fyr & Flamme represented Denmark with “Øve os på hinanden” at the Eurovision 2021 Festival, having finished 11th in the semifinal.

Excited to hear their album? We want to know! Feel free to share your thoughts!