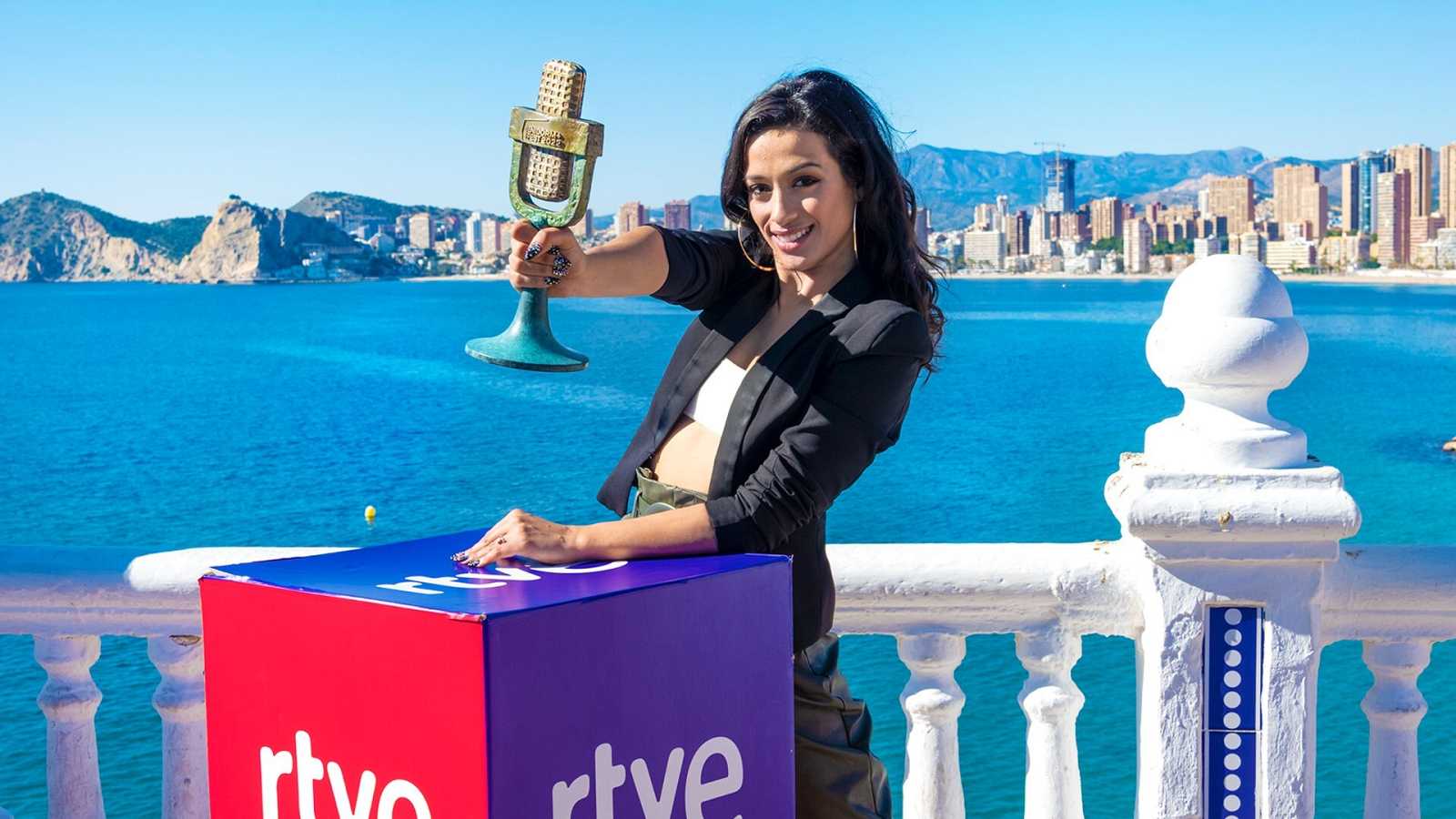 The countdown to Benidorm 2023 has begun! The Spanish public television (RTVE) has officially announced the second edition of the Benidorm Fest, whose Gran Final will take place on 4th February 2023. This new edition will have new aspects such as more participating artists, more importance of the international jury and tickets for sale.

The announcement has been made at a press conference from Benidorm, in which local and regional authorities as well as members of the RTVE Corporation have been present: Ximo Puig, president of the Generalitat Valenciana; Antonio Pérez, Mayor of Benidorm; José Manuel Pérez Tornero, president of the RTVE Corporation; María Eizaguirre, director of Communication and Participation of RTVE; and Eva Mora, head of the Spanish Eurovision Delegation. Along with them has also been Chanel, winner of the Benidorm Fest and third classified in Eurovision 2022, and WRS, representative of Romania in Eurovision 2022.

More artist, changes in the jury and tickets on sale

Benidorm Fest 2023 will have two semi-finals and one final, just like last year. The dates of these shows will be January 31st and February 2nd for the semifinals and February 4th for the grand final. As a novelty, the contest will have 16 contestants this year. Eight in each semi-final and with four classified in each one, making up a final of 8 contestants. The rules of the contest will be published today and the artists will have until 10th October 2022 to submit their proposal.

The voting system will be the same as last year: 50% jury and 50% public. The public vote is divided into 25% demographic panel (with a statistical sample of the Spanish population) and 25% televoting. The difference with respect to the previous edition is that the jury will have more components and the score of the international jury will have more importance than that of the national one. Among the members of the international jury will be the Swedish singer and producer Christer Björkman. On the other hand, the president of the national jury will be Nacho Cano, composer and music producer well known for being a former member of the famous group Mecano.

There has also been talk of the stadium. The venue is the same, Palau municipal L’Illa de Benidorm, but the space will be expanded with a more impressive stage and more space for the public. In addition, tickets for the shows will go on sale. Prices will range between 20 and 60 euros.

Mónica Naranjo, a host who falls in love with Eurovision again

Benidorm Fest 2023 will also have news regarding its hosts. So far, it has been announced that the singer Mónica Naranjo will be one of the hosts of the contest. The singer has been very excited to be part of this project. “I was very disappointed with Eurovision but last year it was something wonderful. I fell in love again”, she said in a videoconference from Mexico. Her comments about “fall in love again” refer to the harsh words that Mónica Naranjo has had for the festival in recent years. In 2020, she said in an interview with the Spanish media outlet Bluper that “Eurovision is the biggest lie that exists in the world of music. The contest has agreed who will win each year. The festival is a complete falsehood”. Now that she has fallen in love with Eurovision again, she recognizes that it is the most important stage and she hopes that Spain will soon win the crystal trophy.

The party has only just begun!

To celebrate this new beginning at the Benidorm Fest, RTVE has prepared a series of activities for today. The first of them is Benidorm Fest Chill Out at 19:00 h., a round table discussion in which María Eizaguirre and Eva Mora will talk about the Benidorm Fest and Eurovision with numerous artists. Some of the artists that will participate will be the Benidorm Fest 2022 contestants: Blanca Paloma, Xeinn, Marta Sango, Sara Deop, and Matt and Valen (members of Unique).

The finishing touch to this day will be at 20:00 h., when the city of Benidorm inaugurates the new Benidorm Music Viewpoint  (“Mirador de la Música de Benidorm”) with a performance by Chanel and her dancers: Pol Soto, Raquel Caurín, Exon Arcos, María Pérez y Josh Huerta.

More details about Benidorm Fest 2023 will be announced in September.

Are you excited for the Benidorm Fest 2023? What do you think of the novelties? Which artists are you hoping to see? We read you in the comments below.