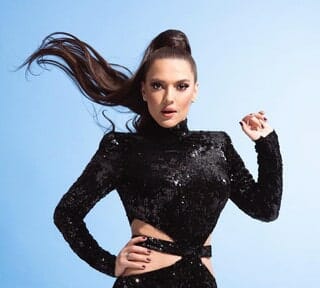 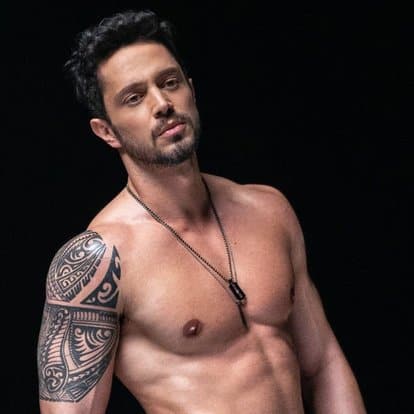 As we were all excited during the long awaited week of Eurovision, so was Turkey, without even competing in the contest! So many celebrities and established singers with a plethora of followers on Instagram shared their moments of watching and reliving the excitement of the contest in their homes. Turkey usually gets as excited as Europe during the big Eurovision week. However, this year was completely infused with so many Turks talking about Eurovision and criticising TRT’s decision of withdrawing from the contest and of course pleading for an immense return in the upcoming years.

One notably important, famous and influential singer with so many hits over the years and currently with 9.7m followers on Instagram is Demet Akalin, who is considered as the Queen of Turkish Pop by some in Turkey. She made major tweets regarding Eurovision and exhibited her interest and enthusiasm for her country to make a comeback into the contest. She tagged Murat Boz who is a huge established singer/song-writer and tweeted ‘Murat Boz would have rocked #Eurovision let’s take part next year, I’m jealous, they’re so good, shall we start a petition?’

Subsequently someone replied saying ‘sister, we want to see you there’ and Akalin replied saying ‘there’s no English’. This tweet attracted rapid attention by the Eurovision fandom and media in Turkey. This had significant numbers of people talking about Eurovision and a Turkey return in 2022.  Ultimately, this also attracted people to tune into the Grand Final on Saturday night in Turkey and witness Maneskin’s victory.

Along with that, she also expressed in another tweet ‘Next year #Eurovision Turkey needs to take place’ with three of the Turkish flag emojis and tagged TRT by ending the tweet. This ignited massive recognition in Turkey and had people thinking if Turkey would return due to the big star Akalin portraying her thoughts and opinions.

Additionally, the famous singer Akalin was super supportive of Azerbaijan’s 2021 entry and wished luck to the Azeri delegation, and from her Instagram stories she had requested votes from the Turkish demographic living in Europe to vote for Efendi who sang ‘Mata Hari’ for Azerbaijan in Rotterdam.

Demet Akalin has been expressing how eager she is for Turkey and TRT  to return back to the contest as soon as possible. We really do hope this had an impact on TRT reconsidering their decision as we approach  the time of the year where countries confirm their participation in the upcoming contest with  the EBU.

The lavish female pop singer has already expressed who she would like to see on the Eurovision stage for Turkey next year in Italy by mentioning Murat Boz;

However, who would you like to see represent Turkey next? Do you think Akalin’s support and major tweets can help sway TRT’s decision? Do you think Turkey will participate in the next Eurovision Song Contest? Let us know in the comments section below.