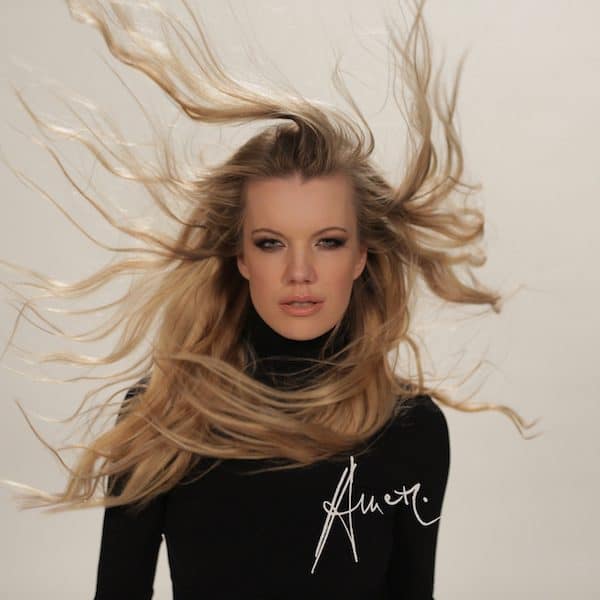 On the Slovenian morning talk show Vikend Paket Ana Soklič, who will represent Slovenia at Eurovision 2021 with her song ‘Amen’ spoke about the personal meaning of her song. Ana revealed the message of the song is about Love, and about never giving up. however, she also stated she doesn’t like to put her own meaning to a song, because she wants the listener to develop their own meaning and feelings of the song.

“I always use the words 'Amen' and 'Hallelujah' for the intuitive feeling that I have chosen the right path, which I emphasise with these two words. It’s an inner feeling. On the one hand, we have partners standing by our side, and on the other, each person is themselves. They manage so many worlds within themselves and what you feel is the best in yourself usually pays off.”
Ana Soklič
Amen

Ana Soklič furthermore stared she is open to critique and wants to improve her performance for Eurovision 2021. Finally, she thanked her whole team, and in particular  Žiga Pirnat, arranger of the song; co-composer of the song Bojan Simončič; Charlie Mason, co-songwriter; and the African-American Gospel Choir, who provided backing vocals.

After winning the the selection round in 1993, Slovenia debuted in the Eurovision Song Contest for the first time that year. After 1993, Slovenia has only missed 2 contests, in 1994 and 2000. Slovenia has never won the contest, and their best results were in 1995 and 2001 when the country finished 7th. Some of Slovenia’s most memorable entries include Samo Ljubezen (2002), Cvet Z Juga (2007), No One (2011) and Here For You (2015). Ana Soklič was selected to sing Voda at Eurovision 2020, before the cancellation of the contest. Ana has been internally selected for 2021 and will perform her song Amen.