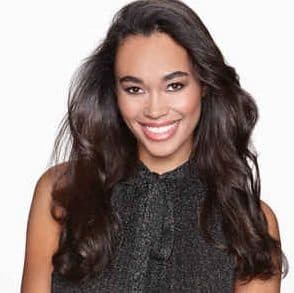 It has been confirmed that Romy Montiero and Buddy Vedder will host “Junior Songfestival”, The Netherland’s national final for Junior Eurovision 2021, which is due to take place on September 25th.

The 2021 edition of Junior Songfestival will mark the third year in a row that Rommy and Buddy will host the show together. Rommy has previously hosted the show solo on two previous occassions.

Who are Romy Montiero and Buddy Vedder?

Romy Montiero is a Dutch actress, singer and television presenter. Her career began when she made it to the quarter finals of The Voice Holland in 2014. In 2015, she made her acting debut in the stage musical The Bodyguard. Since then, she has gone on to release a handful of singles, including a number one album in 2017, as well as hosting and participating in numerous television shows. She was the spokesperson for the Dutch jury votes at Eurovision 2021/

Buddy Vedder is a Dutch dancer, singer, television presenter and voice actor. His career really picked up in 2015 when he played Rover Dekker in the RTL4 soap opera “Good Times, Bad Times”. Since leaving the show in 2017, he has gone on to host and participate in many television shows, including “Dance Dance Dance”, which he won with his partner Robin Martens.

Junior Songfestival is the longest running national final for Junior Eurovision. It made it’s debut in 2003 ahead of the very first Junior Eurovision Song Contest in Denmark. After taking a break in 2016 where The Netherlands’ artist and song were chosen internally, the show returned in 2017, and has been a mainstay on Dutch television every year since.

The Junior Eurovision Song Contest 2021 will take place in Paris, France on December 19th. A total of 15 countries have confirmed their participation. Albania, Ireland, North Macedonia and Portugal are all returning after taking a year out in 2020 due to the COVID-19 pandemic. Azerbaijan are returning for the first time since 2018, whilst Italy and Wales are not returning. Australia and Kazakhstan have still yet to make an announcement.

Are you excited for Junior Songfestival 2021? Have you heard the competing songs yet? Let us know in the comments below!