Portugal: Maro is the Big Winner of “Festival da Canção 2022” 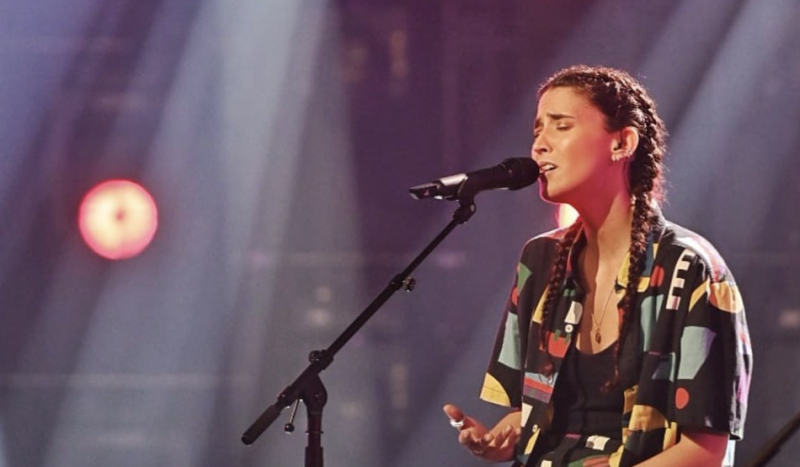 Tonight’s Super Saturday action has crowned another winner! After a four-hour show,  Maro came out on top! She will represent Portugal in Turin with the song “Saudade, Saudade”. As the voting results were not revealed in either semifinal, tonight was one of the event’s strongest ever.

“Música e arte, serão sempre resistência”, which means, music and art will always be resistance. In a small, but heartfelt tribute to Ukraine, this was the way to start the Festival da Canção 2022. The hosts of the night also mentioned that Portugal will always be linked to Ukraine in a very special way. It was in Kiev, in 2017, that Portugal won the Eurovision for the first and only time.

Tonight’s show was hosted, as it was last year, by Filomena Cautela and Vasco Palmeirim. As well, once again, Inês Lopes Gonçalves hosted the green room action. Ten acts competed for the Portuguese ticket to Turin, with votes announced publicly.

The lineup of the 10 songs was:

“Saudade, Saudade”, by Maro, was chosen among the ten songs in the competition, when the votes of the jury and the public were combined. The song got 12 points from the jury and from the televote.

So, what do you think of the results? Will you be rooting for Portugal in Turin? Let us know!