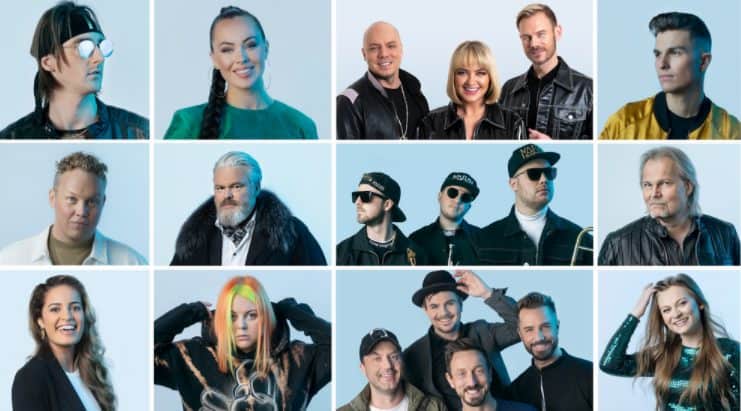 This week, the Norwegian broadcaster NRK announced the voting system of the grand final Melodi Grand Prix 2021, which will take place on Saturday 20th of February at 19:55 CET. The viewers will be able to vote during all three stages of the show.

During the first part of the show, which will be opened by pre-qualifier Atle Petterson, all participants are going to perform live on stage. After the end of the last performance – the second chance winner Jorn, the viewers will be able to vote in the NRK app or on the website for the first time that night. Every voter will give at most three performers their points. After closing the lines, the singers will come on stage once more in two groups of six. Just like last year, the top 4 will qualify to the next round. After each round of voting, the votes are going to be reset.

During the second part of the show, the four participants won’t sing live again. The fans will again have three votes, so they will be able to send them to their favorite Norwegian performers. The winner and the runner-up of the second round of voting will go through to the third part of the final, the golden duel. These two participants will sing live for the second time on the show.

The viewers will be able to send their three votes for the third time that night. After the sum up of all online votes from the five Norwegian areas: Eastern, Western, Central, Northern and Southern, the winner of Norsk Melodi Grand Prix 2021 will be announced. That artist is going to perform in the second half of the first semi final of Eurovision 2021 in Rotterdam on the 18th of May.

Are you looking forward to the Melodi Grand Prix final? Who will you be voting for? Let us know in the comments.