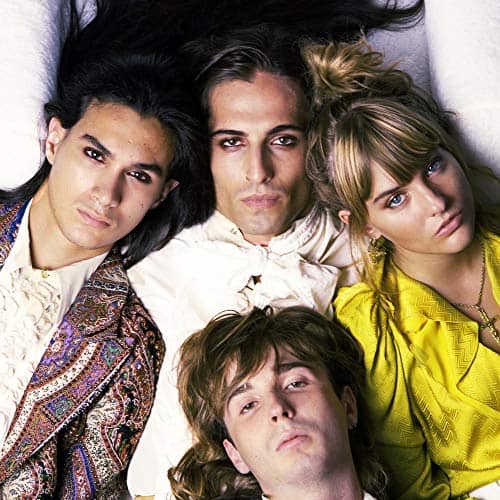 As of today, Italian superstars and Eurovision 2021 winners, Måneskin, have entered the Official Singles Chart in the United Kingdom at number 7 with their song “I Wanna Be Your Slave”. Their Eurovision entry, “Zitti e Buoni” sits at number 57, whilst their cover of “Beggin” is at number 73.

"This year’s Eurovision Song Contest heralded praise from many observers who celebrated the quality of entrants in the 2021 competition. The fact that UK music fans have sent Måneskin into the Official Singles Top 10 this week (the first winners for nine years to do so) underlines this point and indicates that Eurovision is a powerful platform for launching artists internationally in 2021."

Martin Österdahl, Executive Supervisor of the Eurovision Song Contest, has also weighed in on this good news: “We’re thrilled to see Måneskin enjoying such success following their appearance in Rotterdam. Their popularity proves what a huge springboard the Eurovision Song Contest is and highlights the quality of both the acts and songs taking part.”

Since winning Eurovision just one month ago, Måneskin have had a lot of success not only in the United Kingdom, but across Europe and the United States. They have also made the Spotify Global Chart top 10 with “Zitti e Buoni”, becoming the most streamed Italian entry ever on the platform. They have charted in no less than 30 countries across Europe and the United States, reaching number one in Finland, Greece, the Netherlands, Sweden, Lithuania and on the United Kingdom’s Rock and Metal chart with their Eurovision entry.