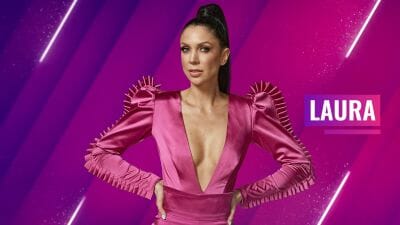 Estonian born singer Laura Põldvere is the next act to reveal her entry for Uuden Musiikin Kilpailu(UMK) 2021. Her song is called “Play” and has been written by Karl-Ander Reismann, who has written for many acts in Eesti Laul, including Stefan, Inger, Shira and Rasmus Randvee.

Laura was born and raised in Tartu, Estonia, but now currently resides in Finland. She began her career in 2005 when she participated in Eesti Laul with the song “Moonwalk“. Despite finishing in second place, she still made it to Eurovision as a member of Suntribe.

Since, then she has participated in Eesti Laul numerous times, with varying success. In 2017, she teamed up with Koit Toome on the song “Verona” which made it to Eurovision, finishing in 14th place in the semi final.

Throughout her career, she has released many albums and singles, and has cemented herself as one of Estonia’s top singers.

What do you think of Laura’s song? Are you a fan? Let us know in the comments below!