JUNIOR EUROVISION 2021: Shining the spotlight on Jovana and Dunja from Serbia and their song ‘Oči deteta’! 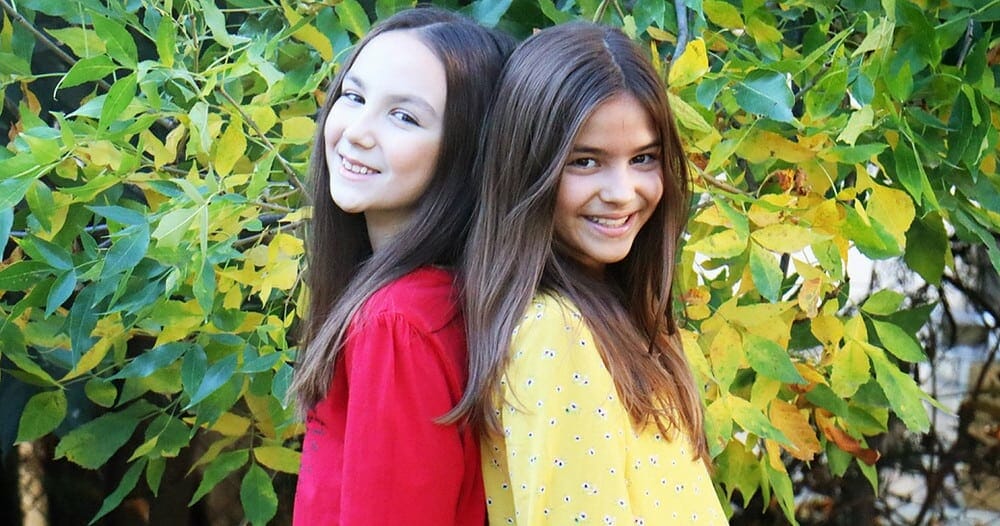 Jovana and Dunja have the honour of representing Serbia this year with their powerful ballad "Oči deteta" ("Children's Eyes"). Here is all the information you need on Jovana and Dunja and their song!

Who are Dunja and Jovana?

Dunja and Jovana are from the Serbian city Novi Sad, which has been designated as the European Capital of Culture for 2022, and they describe their hometown as “somewhere everyone can find something wonderful for themselves.”

Dunja is 11 years old and has been a performer from a very young age. She just took first place in a regional school music competition. Jovana is ten years old and has always had a passion for music and dancing. She is currently practicing her skills on the piano and attends several festivals.

How did they get selected?

The duo was selected by a jury at RTS from a total of seven submissions received for the contest in Paris. They have been among the four acts that were selected to go through to a super final, the other three finalists were:

Tell us about the song!

The song has been written and composed by the pianist Ana Frlin and will be performed by Jovana and Dunja. It is a beautiful ballad about seeing the world through children’s eyes. The emotional and powerful song contains a positive message and spreads good energy (“A grain of hope germinated in children’s eyes like a warm word fed by the sun”).

Scroll down to vote for your favourite song from Junior Eurovision 2021...

Sing along to 'Children's Eyes': Lyrics

Serbia’s participation in the Junior Eurovision Song Contest began in Bucharest, Romania in 2006, after previously competing in 2005 as part of Serbia and Montenegro. Radio Television of Serbia (RTS), a member of the European Broadcasting Union (EBU), is in charge of the selection procedure. For its participation in the contests between 2006 and 2010, Serbia adopted for the national selection format, broadcasting a show called Izbor za deju pesmu Evrovizije (Serbian Cyrillic: ор а дeиу есму вровиие).

Nevena Bozovic, who later went on to represent Serbia in the Eurovision Song Contest 2013 as part of her band, Moje 3 and again in 2019 as a soloist, represented the country in 2007. Serbia’s greatest results were in both 2007 and 2010, when it placed third in both contests. Between 2011 and 2013, there were only three absences from the competition.

Serbia returned to the competition in 2014, represented by Emilija Đonin, who was chosen internally by the national broadcaster RTS.

It is one of three nations (along with Belarus and Kazakhstan) to have made their debut in the Junior Eurovision Song Contest without having previously competed in the adult version.

POLL: Which is your favourite song from Junior Eurovision 2021?

What is YOUR favourite track from Voyage?

Who did you vote for? Who will win Junior Eurovision 2021? Let us know in the comments below, or shout out to us on our social media @eurovoxx