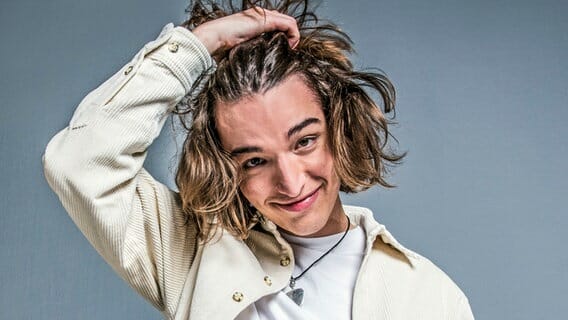 Determined to get more than just three points from the jury and, at least, receive more than zero points from the public, German’s public broadcaster (NDR) will be giving a voice to the audience this time around again after 2019 by hosting a national selection.

From 944 songs received, an expert jury consisting of music experts was in charge of selecting the best of the best where live auditions were held 25 acts. Out of these acts, the following 6 were chosen to compete at the final on March 4:

A press conference presented by Alina Stiegler was held to reveal the lineup for Germany 12 Points that will take place on 4 March and feature the performances of each of the entries.

An online voting will open on 28 February to choose the best song. Therefore, you will have four whole days to choice the German representative. The show which will take place in Berlin will start at 20:15 CET on Das Erste. Host of the show will be Barbara Schöneberger who has announced the German points for several years already.

Germany joined the Eurovision family in the first ever contest in 1956. They have participated in every year since with the exception of 1996, when their entry Planet Of Blue didn’t make it through to the Eurovision final. Out of Germany’s 63 participations 2 reached the top and won. In 1989 Nicole won with her song Ein Bißchen Frieden. Germany’s latest win was in 2010, when Lena won the contest with her song Satellite. Jendrik was Germany’s representative in 2021 with his song I Don’t Feel Hate, the singer from Hamburger finished 25th with 3 points.

Who would you like to see as the German representative for Eurovision 2022 in Turin? Let us know down in the comments.