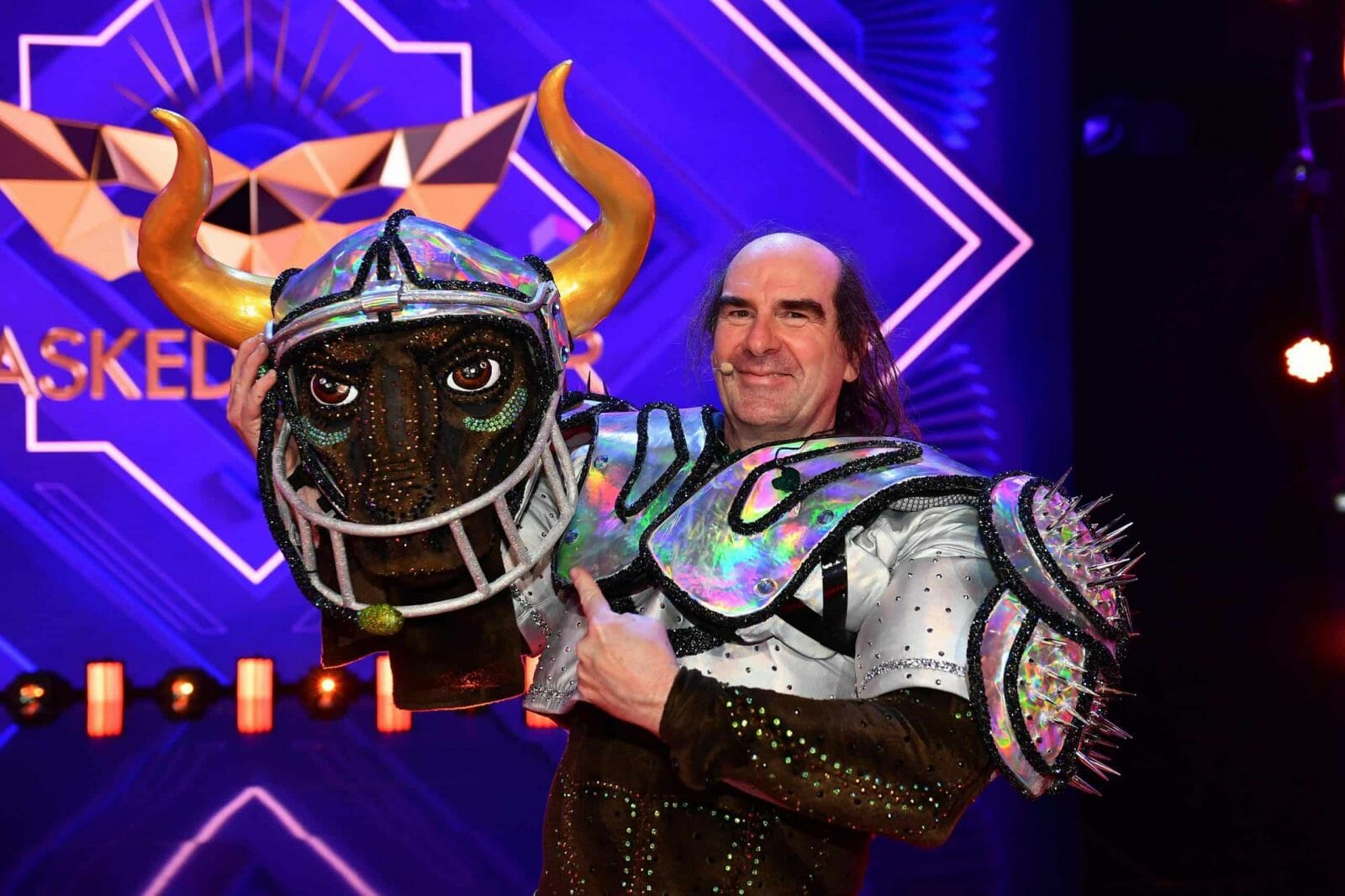 Guildo Horn, well-known for his Eurovision entry ”Guildo hat euch lieb!” with which he represented Germany at the Eurovision Song Contest 1998, got revealed in the semifinal of The Masked Singer Germany where he embodied a bull.

Guildo said after the reveal on Tuesday that he was thankful to experience this at his age. He turned into a bull with holographic prints for The Masked Singer, which is currently one of the most popular tv shows in Germany. The video below shows one of his performances during the show.

Guildo Horn started his career in 1991 with the performing of ironic German Schlager songs. After his participation at Eurovision, where he got 8th in the final, he played concerts all over Germany and was part of the line-up of ”Rock am Ring”, one of the biggest German festivals. Guildo Horn proved with various TV appearances that he has more talents than singing. He has appeared in series and films, spun across the floor in a dance show, appeared in musicals and even hosted his own show. For the latter, the all-rounder was awarded the BG Paralympic Media Award and was nominated twice for the Adolf Grimme Prize.

The following video shows his legendary Eurovision performance in 1998:

Do you remember Guildo Horn? Do you prefer his Eurovision entry or his performances on The Masked Singer? Let us know in the comments below!