Eurovision 2021: the running order for the final has been revealed

The running order for the grand final of Eurovision 2021 has been revealed, and we see Cyprus opening the show with San Marino closing. Host country The Netherlands, who were drawn to perform in 23rd place for the 2020 final also retained the same position for this years contest. 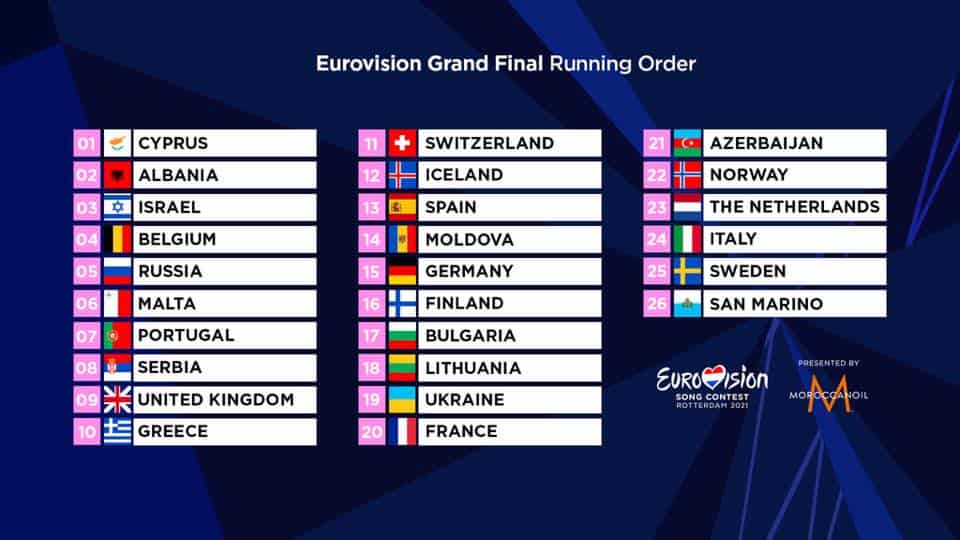 For the first time since Armenia in Eurovision 2006, we see San Marino performing last in the final after performing first in the semi final.

In the second semi final, Finland performed after Bulgaria. In the final, we see Bulgaria performing after Finland.

What are your thoughts on the running order for the grand final? Are you happy, sad or maybe surprised? Let us know in the comments below!