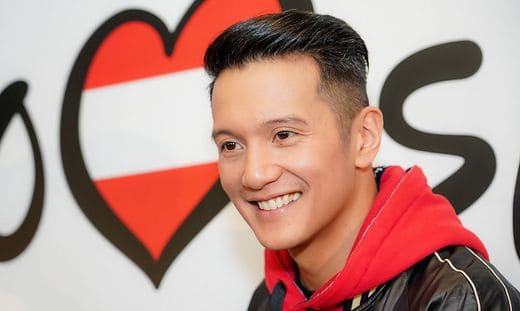 Vincent Bueno has released a new EP, Demos. This one has only two songs, and both were part of the possibilities for the Eurovision Song Contest 2021 – where he represented Austria with the song Amen.

In this EP, there are Parachute and Dumb Human Bias. As Vincent Bueno wrote on social media, they were created in 2020 while he was working on his possible songs for ESC 2021:

“My first release ever since Eurovision. It has been a crazy ride since last year and I’m beyond thankful for the support from all of you. These were my favorite demos amongst my own songs I’ve submitted last year. I wanted to release these songs not as singles but together as a mini EP, because I want to have closure with the projects I literally created for the Eurovision Song Contest.
Thanks to all of the lovely comments and private messages I appreciate you all.”

What’s your thoughts about these two songs? Would he make it to the final if he used one of these?