What is the greatest ABBA album of all time? We rank them all! 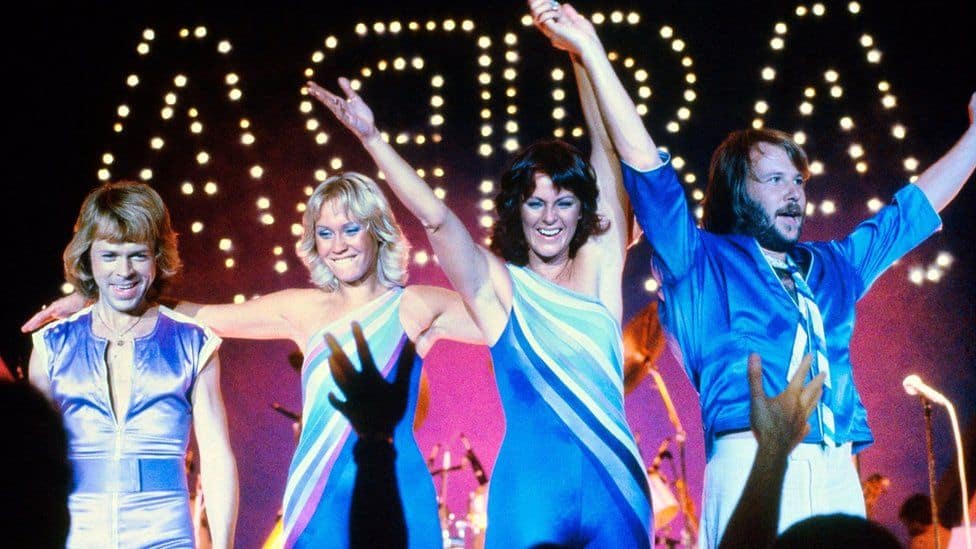 It’s the album that we never even dreamed of, and with only one week to go until the release of their NEW album Voyage, we rank all of ABBA’s studio albums! 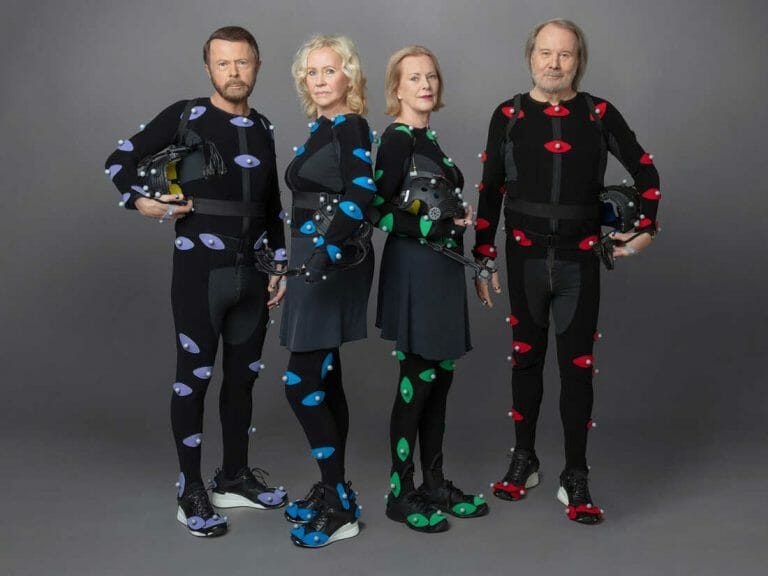 The biggest comeback of all time?

We had been teased with the prospect of some new ABBA music way back in 2018, when the band released a statement saying that they had recorded some new songs, to accompany a new digital tour. This of course was already more than any ABBA fan could have expected, after almost 40 years of separation (the band never formally announced a split..’

Three years later on 2 September 2021 came the news we had all been waiting for… a new album was to be released – led by the stunning nostalgic ballad ‘I Still Have Faith In You’ and the upbeat pop track ‘Don’t Shut Me Down’. The new album Voyage would be released on 5 November 2021, and would prepare the world for the new Voyage Tour – featuring ABBA as 1979 digital versions of themselves, a live band, and a purpose built arena on the former Olympic park in East London.

We have seen many comebacks n the world of pop music – but surely this is the biggest..

Before we jump in, we have to say this ranking has not been easy to make! Each ABBA album has its own personality, reflecting a different stage in not only the professional lives of the band, but also the personal lives of the four members; Bjorn, Benny, Agnetha and Frida.

For the purpose of this ranking, we are only counting down ABBA’s studio albums. Whilst their greatest hits collection ABBA Gold is officially their best selling album, we are not counting down compilations or live albums as part of this list (this also includes Gracias Por La Musica – where ABBA re-recorded some of their best loved songs in Spanish – a direct assault on the charts of Latin America) 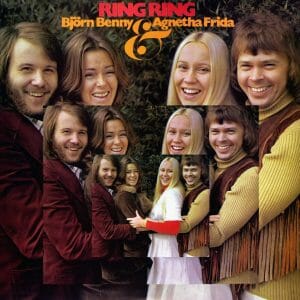 The least well known of the ABBA albums – this one was released before the groups Eurovision success, and wasn’t initially credited to ABBA as we know them (rather to Björn & Benny, Agnetha & Frida – the ABBA acronym hadn’t yet officially been used). It saw a limited release outside of Scandinavia, but did top the charts in Belgium (who obviously knew they were onto a good thing!)

What we love: It’s the beginning of the ABBA journey – what’s not to love?! There’s also some great upbeat sing-a-long tracks such as People Need Love and He Is Your Brother.

Favourite track: It has to be Ring Ring – not only do we get to hear a full wall of the ABBA sound, but the group also competed with this song at Melodifestivalen – the Swedish selection for the Eurovision Song Contest. Alas, they came 3rd on the night, but history was yet to be written… 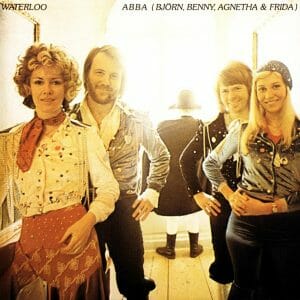 ABBA had only just gained true international notoriety after becoming the first band to win the Eurovision Song Contest in Brighton 1974. Waterloo became a hit around Europe, and the group needed to pull together an album to capitalise on their new found success further afield. Waterloo the album was the result. ABBA were still experimenting with their sound (we journey through the stand pop fare, with some detours to rock to reggae – yes REGGAE!), but this album is well worth a listen if you want to map how ABBA eventually found that infamous sound.

What we love: Whilst it’s a bit of a mish-mash of different styles, we love the fact that at some point ABBA may have been considering becoming a full-on rock band. Just listen to King Kong Song and Watch Out…

Favourite track: Hasta Manana is a beautiful dreamy ballad that was nearly the song they took to Eurovision! 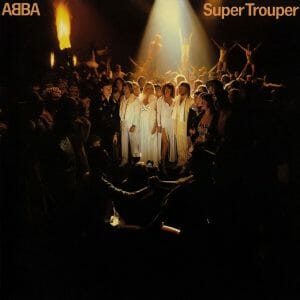 ABBA’s penultimate album (or so we thought) brought the band into the 1980’s. By this time, relationship difficulties were already coming to the fore (Agnetha and Bjorn had already divorced in in this year) and whilst it denied by both parties at the time, Bjorn’s lyrics to lead single The Winner Takes It All had a very personal connection to the breakdown of their own marriage. The album features some real gems, but also showed a much more personal side to the group in terms of some of the lyrics to songs like Super Trouper – Agnetha herself had never been quiet about the fact that she hated travelling and touring -preferring to work in the studio and spend time with her children. Other notable tracks include more upbeat numbers Lay All Your Love On Me, On and On and On and Me and I, and the beautiful ballad Andante, Andante.

What we love: The personal lyrics on this album following relationship breakdowns within the group.

Favourite track: Stunning, emotional, heart-wrenching – it has to be The Winner Takes It All. One of the most personal of all ABBA songs in terms of its lyrics, and we can’t get enough of it! 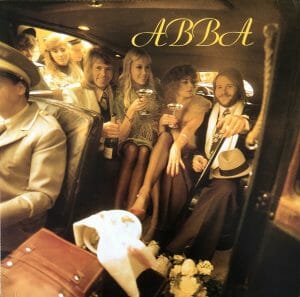 ABBA’s third album (although to many fans post Eurovision 1974, their second..) was another journey through musical styles (including more reggae courtesy of Tropical Loveland), but we began to get a taste of what that ABBA sound was to become. SOS was really the breakthrough song for ABBA, who had followed up their Eurovision hit Waterloo with some less major chart success, and showed they were not going to be one-hit wonders outside of Scandinavia. Mamma Mia was soon to follow, and became a massive hit for the band, and cemented the groups place as a mainstay on the pop scene for the remainder of the 70’s and early 80’s.

What we love: Actually some of the less well-known tracks! Rock Me and Hey, Hey Helen again showed a shift into a more rockier sound, and Intermezzo No. 1 – where Benny really got to let rip in the closing instrumental track on the album.

Favourite track: The beautiful ballad I’ve Been Waiting For You – we can’t believe this was never a single! 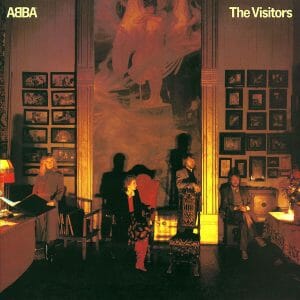 ABBA’s final studio album before the recent reunion news, and you could definitely tell the vibe had began to change in the group. ABBA demonstrated a much more mature sound, with deeper, darker lyrics, and even links to topical subjects such as the cold war (title track The Visitors was a ”protest against the mistreatment of political dissidents in the Soviet Union”) – and interestingly (or not) the album was actually banned in the USSR.

Recording of the album took place from early 1981, and in February of the year Frida and Benny had announced their divorce. It is said by those close to the group at the time that the recording process had been difficult at times due to the personal issues affecting both former couples, and that by this point they knew the end was nearing. Lead single One Of Us again explores the end of a relationship in one of the more personal song on the album.

What we love: Hearing a much darker and deeper side, not only in the lyrics, but also the musical style.

Favourite track: The sombre by catchy-as-hell Soldiers and the beautiful Slipping Through My Fingers. 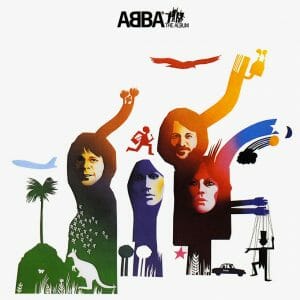 The not very imaginatively titled ABBA: The Album was actually an accompaniment for ABBA: The Movie (yes there actually was one..) with a number of the songs appearing in the movie itself. We are just glad that more imagination was used in the lyrics. ABBA’s follow up to the hugely successful Arrival album even featured a mini-musical (The Girl With The Golden Hair) which featured one of the songs to be notorious for the group – Thank You For The Music, and takes you on a full journey from start to finish. We would challenge anyone to find a skippable track on this album! Gems include their longest ever recording Eagle (at 5:51), and the classics The Name Of The Game and Take A Chance On Me.

What we love: The fact that the mini-musical  featured on the album was a sign of things to come for Benny and Bjorn.

Favourite track: We can’t pick just one! We love the upbeat rock sound (and Agnetha’s high note) in Hole In Your Soul and Take A Chance On Me is a real sing-a-long gift of happiness. 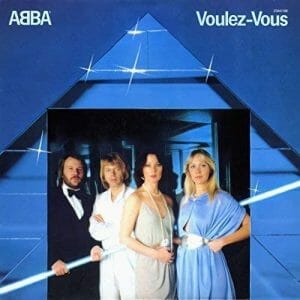 ABBA’s sixth studio album, and follow up to ABBA: The Album took advantage of the disco scene – which was at its peak towards the end of the 70’s, and demonstrated a more grown up, but still distinctively ABBA sound. Notable for great musical arrangements, the album was full of potential singles – If It Wasn’t For The Nights and Kisses Of Fire being the two we would have loved to see with their own 45’s! That being said, we were treated to some real classics – Chiquitita and I Have A Dream providing the musical breaks to catch our breath from the jiving to tracks like Voulez-Vous and Does Your Mother Know (a rarer opportunity to hear lead vocals from Bjorn for a change). The album closed off the decade perfectly for the group.

What we love: Two of our favourite things on one album; ABBA and disco!

Favourite Track: This one was tough, but we are going to go for title track Voulez-Vous – its the ultimate boogie! 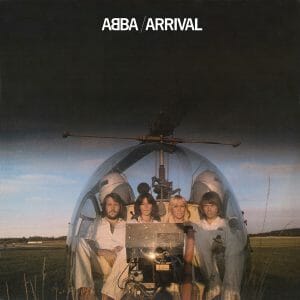 What’s in a name? Well you might argue that this album was the true Arrival of ABBA (yeh yeh – bad pun). However this album is in our number one spot not only for its greatness, but also because in our opinion it is the first where ABBA really found their sound. From the song that no-one can refuse to dance to – Dancing Queen, super classy Knowing Me, Knowing You – to lesser known gems such as Tiger and Why Did It Have To Be Me. And hey – we can even forgive them for probably some of the worst song lyrics ever to grace an ABBA album (Dum Dum Diddle, to be your fiddle…)

What we love: This is the album where ABBA really found their place. The title says it all!

Favourite Track: Dancing Queen of course! A song which refuses to get old, and can still get everyone onto that dancefloor! We won’t believe anyone that says they don’t like it…

Now it's your turn!

Well that’s our own ranking of ABBA’s studio album back catalogue, and we would love to hear what you are your favourite ABBA albums. You can let us know by voting in our poll to find the ultimate ABBA album! 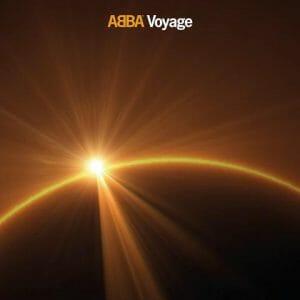 We don’t have long to wait now until we get to hear the full Voyage album, but we have already been treated to the two lead singles I Still Have Faith In You and Don’t Shut Me Down which gave us a great taste of things to come, but also an opportunity to hear how Agnetha and Frida’s voices have beautifully matured over the decades. Third single Just A Notion is a reworking of an unfinished track from the Voulez-Vous recording sessions, and has a real likeness to some of ABBA’s earlier material (we definitely hear a likeness to I Do, I Do, I Do, I Do, I Do – but do you?), and we have even been promised a Christmas track! We can’t wait to hear the new album track by track, and have no doubt that it will have all those magical ABBA ingredients…