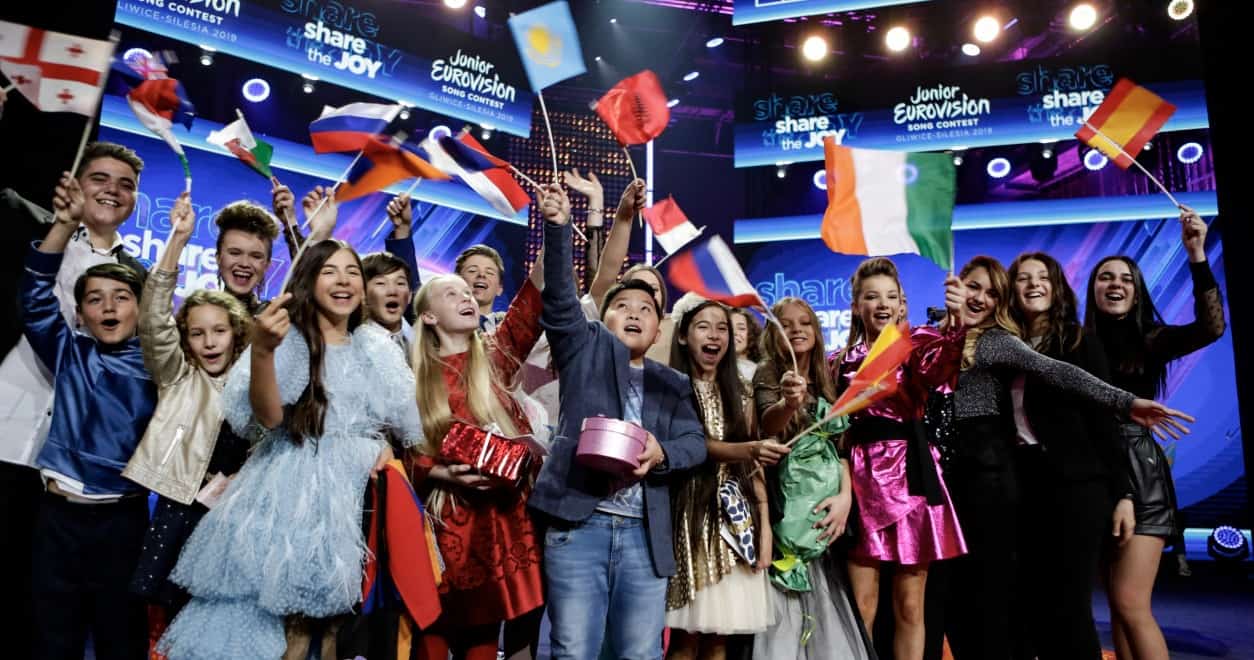 As we get ready for the 19th edition of the Junior Eurovision Song Contest to take place on December 19th at La Seine Musicale in Paris, let’s take a look at 19 facts about the contest we’ve all grown to love!

2. The Netherlands is the only country which has participated in every single contest. Belarus previously held that record alongside them until their withdrawal from the 2021 contest.

4. Lerika is the only Junior Eurovision participant who has sung for two different countries. In 2012, she represented Moldova with the song “No No”, achieving the country’s best result with 6th place. She returned a year later for Russia, finishing in 4th place with “Sensatsiya”.

5. Denmark and Spain are the only two countries who have never finished outside the top 5 in Junior Eurovision.

6. Georgia holds the record for the most Junior Eurovision wins. Their first win came in 2008 when the group Bzikebi won with their song “Bzz”. Another group, Candy, won for Georgia in 2011 with “Candy Music”. Mariam Mamadashvili is Georgia’s most recent winner, having won with “Mzeo” in 2016.

7. Speaking of Georgia, a total of 10 people by the name of Mariam have taken to the Junior Eurovision stage for the country:

11. A total of eight Junior Eurovision participants have gone on to participate in Eurovision:

15. North Macedonia holds the record for most 12th place finishes. The country has finished in 12th place in eight out of 15 participations.

Their highest scoring 12th place finish came in 2018 when Marija Spasovska achieved 99 points, with their lowest coming from Marija and Victorija in 2003 when they achieved 19 points.

16. Since the first contest in 2003, a total of 38 countries have participated in Junior Eurovision. The Netherlands hold the record for most number of participations with 19 whilst Switzerland has the least, participating just once in 2004.

17. The 2020 contest, which was hosted from Studio 5 at the TVP Headquarters in Warsaw, is the first and only contest to have been hosted in a television studio.

18. In 2007, the contest was held on December 8th at the Ahoy Arena in Rotterdam, making it the first and only time (so far) the contest had taken place in December.

In 2021, as the Ahoy Arena in Rotterdam played host to Eurovision, the Junior Eurovision Song Contest took place in December again (for a second time).

19. Between 2012 and 2016, the countries that finished in last place were all from the Balkan region of Europe:

The 19th edition of the Junior Eurovision Song Contest will take place at La Seine Musicale in Paris on December 19th at 16:00 CET. Will you be tuning in?