VICTORIA will be singing ‘Growing Up Is Getting Old’ in Rotterdam! 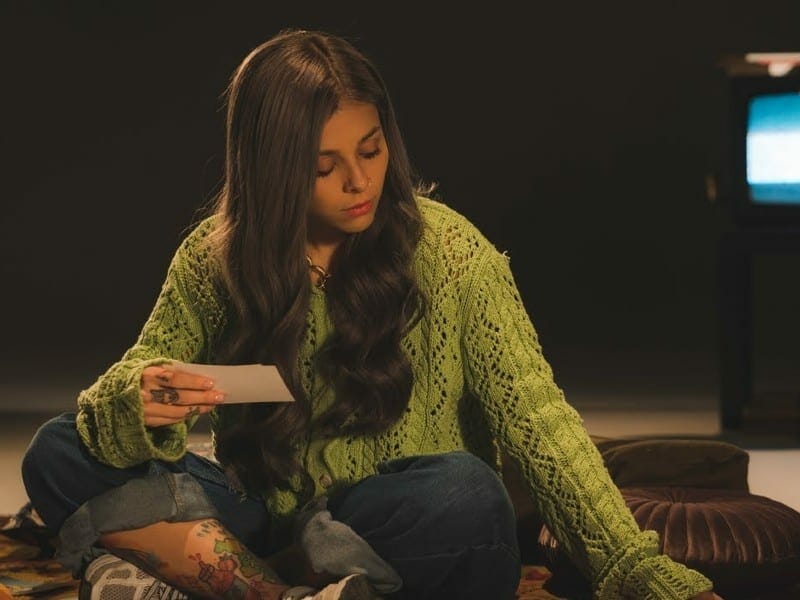 Now its time to find out the winning song for Bulgaria! “Growing Up Is Getting Old” will be the official song for VICTORIA representing Bulgaria at the 2021 Eurovision Song Contest. Tonight we have been enjoying a live performance of VICTORIA’s debut EP a little dramatic on YouTube where she revealed the song that will be her representing song for Bulgaria at Eurovision in May.

Marvin Dietmann who is from Austria and is a stage director, will staging VICTORIA’s performance in Rotterdam, he was also the director of her 2020 Eurovision song Tears Getting Sober that was due to compete in Rotterdam before the cancellation of the contest last March.

VICTORIA - "Growing Up Is Getting Old"

Six songs have been narrowed down to one, but which were the other five songs that we could listen to from the selection during the concert?

What else happened during the reveal concert?

It all started with VICTORIA singing her 2020 Eurovison song Tears Getting Sober and was followed by her hit singles alright and I WANNA KNOW. She later sang all her potential Eurovision songs for us all to see them live.

She wasn’t alone on the stage however. Several Bulgarian artists were guests at her concert. Among them were Grafa, Mihaela Fileva, Azis, DARA, Venci Venc, and Lucy Dyakovska. They were complemented by actress and producer Desi Tenekedzhieva and vlogger and director Chris Zahariev.

We got also to see some familiar faces from this years edition of Eurovision with good luck videos from the artists that have already been selected for the contest in May. The Roop from Lithuania, Blind Channel from Finland, Senhit from San Marino, James Newman from United Kingdom, Vincent Bueno from Austria, Eden Alene from Israel, Montaigne from Australia, Blas Cantó from Spain, Jeangau Macrooy from The Netherlands, Hurricane from Serbia and Daði & Gagnamagnið from Iceland all sent their best wishes to VICTORIA during her concert.

Victoria Georgieva is a Bulgarian singer and songwriter from the coastal city of Varna. Her career began when she participated in the fourth season of X Factor Bulgaria, placing sixth in total. In November 2019, Bulgarian broadcaster BNT announced that Victoria would represent Bulgaria at the 2020 Eurovision Song Contest with Tears Getting Sober.

Unfortunately due to the coronavirus pandemic, the contest didn’t go ahead in May 2020 as originally planned and was subsequently cancelled. Later in 2020, BNT announced that Victoria will represent Bulgaria at the 2021 Eurovision Song Contest, and the song Growing Up Is Getting Old was chosen as their entry.

Are you happy with the song that´s chosen for Bulgaria? Tell us in the comments below or our social media!