The AMERICAN Song Contest is coming to ‘Unite’ — New Details Revealed by Producer!

Ola Melzig has worked on 12 Eurovision song contests between 2000 and 2019.  Now he is tasked with creating the American Song Contest, with a targeted launch in Autumn 2021!

Since departing the Eurovision team in 2019, Ola has been working “full steam ahead” on the American Song Contest.  Speaking recently on the interview series ‘Humans of Eurovision’, he revealed exciting new details of what we can expect! He is currently in negotiations with several US broadcasters and they are very close to signing a deal as early as this month.  According to Melzig, this show is being made for the heartland of America and to “unite them around something…it’s a complete coincidence but the timing is pretty good”. 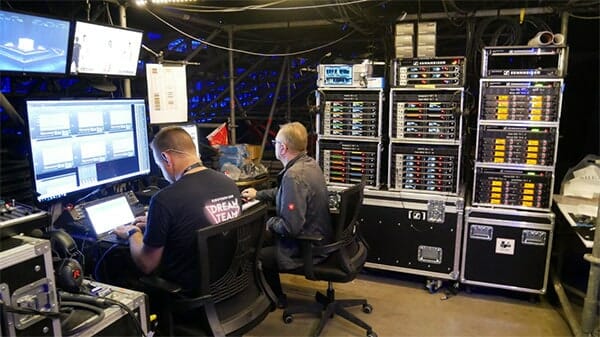 Though the exact details will depend to some degree on the wishes of the US broadcaster, according to Melzig, the American version will resemble a combination between ‘Melodifestivalen’ (the Swedish national selection show) and the Eurovision Song Contest.

Melzig also gave more details on the origins of the songs that will represent the states.  He says that each state should have a minimum of 3 songs to choose from, meaning at least 150 original songs will be produced and recorded for the contest.  These songs may be generated through many avenues: “through the local affiliates of the broadcaster, through social media, from music sharing platforms, through an app”. The team will work with all major record labels to find the artists and the songs, with the aim of recruiting established artists who are not yet known to the public.  Melzig says:

“We will produce all the songs from scratch for the first couple of years because it’s an educational process that we have to educate the states of what we need, what we want, what this and what we’re in the future expecting from them.  The big music states like California, New York, Texas and Tennessee will most likely take control over their own contest song very fast”.

The European Broadcasting Union (EBU) is involved in the project through a license agreement.  Any adaptations to the Eurovision format has to be sanctioned by them.  The ground rules will remain similar to Eurovision: one act and one song per state.  The act can be a soloist, duo, band or group of up to 6 members.  Backing vocals will be allowed on the backing track.  Most importantly for fans, the production team wants the contest to be available to view over the EBU network in Europe.

Melzig revealed that he met Will Ferrell at Eurovision 2018 and told him of his plans for the US edition.  The Netflix movie was not part of the plan to introduce the show to an American audience.  Its release this this year was purely coincidental timing.  However, he did reveal that Ferrell jokingly requested to host the show!

Check out the full interview below!