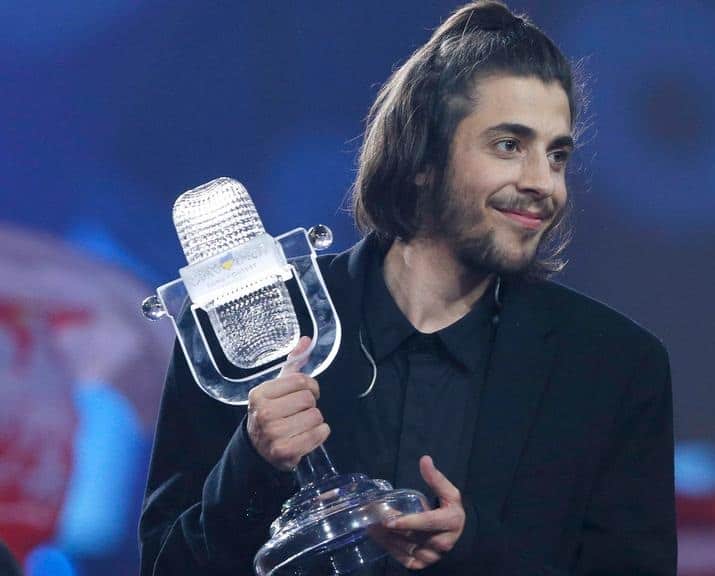 In an interview with Augsburger Allgemeine, Eurovision 2017 winner Salvador Sobral has acknowledged that some of his past comments regarding Eurovision were “nonsense”, and says that he now regrets some of the things he has said.

After bringing Portugal their first Eurovision victory back in 2017, Salvador famously remarked: “we live in a world of disposable music; fast-food music without any content… Music is not fireworks, music is feeling. So let’s try to change this and bring music back which is really what matters.”

He has since backtracked on this, and in his interview with Augsburger Allgemeine, he goes on to say: “Even after the award ceremony in Kiev, I absolutely had to get rid of the fact that we live in a world full of fast food music without content. A lot of people got it down the wrong track and thought I was an arrogant snob.”

Salvador Sobral goes on to say that not only does he regret the comments he made after winning Eurovision, but that he also regrets comments made in previous interviews. Back in 2019, in an interview with Skavlan, he referred to Eurovision as his “prostitution”, but has since re-evaluated what he has said: “Later, on a talk show, I cut the line that the ESC was my personal prostitution. I shouldn’t have done. I wanted to be funny and come across as a little rebellious.”

Despite Salvador saying that Eurovision is history for him, in a recent interview with the BBC: “I think my history with Eurovision ended there. Now I have to go my own way and have some other goals.” Salvador tells Augsburger Allgemeine: “I like the unifying idea of ​​the ESC.”

What are your thoughts on Salvador’s comments, and recent regret of said comments? Let us know what you think in the comments below!