“Sanremo 2021 will again be entrusted to artistic director Amadeus, a measured, polite person but also a great entertainer, who did a great job of selecting the songs,” in a statement that put trust in the popular hosting stars of last year’s festival whilst also emphasising the need for the 2021 edition to be a great success as we “will reopen our normality”. 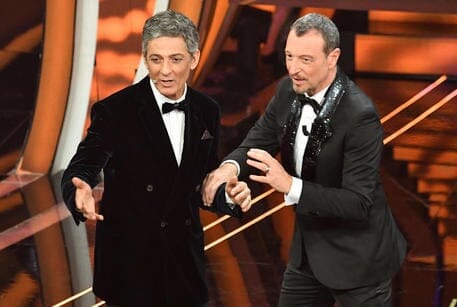 In this case, it would be likely that Diodato has been internally selected by RAI and whilst this is widely believed to be unlikely, considering the history, success and prestige of Sanremo, many Italian fans are calling for Diodato to get another chance after the cancellation of Eurovision 2020.

Some other less significant rumours include the potential participation of artists already familiar to the Sanremo scene. Two big names coming up a lot include Elodie and Levante, both participants in the 2020 edition, finishing 7th and 12th respectively. Elodie was a fan favourite for her classy, pop track “Andromeda”, previously tipped to be a likely winner by fans and Levante’s mid-tempo atmospheric pop number “Tiki Bom Bom” impressed the Eurovision community with the song’s unique sound. Nonetheless, it’s important to know the potential appearance of these artists at next year’s competition is far from confirmed and amount to rumours within the Eurivision community.

These are promising signs for Europe’s longest running national final and amount to an important step in the right direction that give us hope, suggesting Eurovision 2021, and the wider season could be one of the biggest yet and “better than ever” as outgoing Executive Supervisor, Jon Ola Sand, stated.

What do you think about Sanremo’s future? Do you like Diodato and his song? Here’s Andy’s reaction to “Fai Rumore” and let us know what you think!