Pænda gives us the summer bop we’ve all been missing with new single!

Earlier this week, Austria’s 2019 representative, Pænda, released another musical number, her second single since her 2019 Eurovision entry “limits”. The brand new song is titled “Want Me Not To Want You” and is a mid-tempo pop track that certainly does well to put one in a party mood. After it’s release, Pænda took to instagram to write a message to her fans. 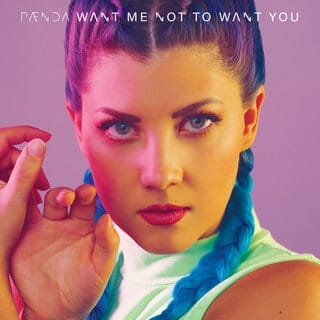 “This song is absolutely special to me.” Referencing the scenes in the song’s music video where she is pictured in cold water, she continues, “So special that I even held out what felt like an eternity in – back then – freezing cold water. Worth all the shakes. Thanks to my amazing team for being the best. And now, lets celebrate summer.”

It is fair to say that Pænda’s stunning new look and musical adventure is equally fascinating but also quite different to the song she took with her to Tel Aviv. Despite her moving ballad, “Limits” failing to qualify with an unfortunate televote score of zero points in the second semi final, her song did not fail to give her a heartwarming following last year in Israel.

Yet, her new feel-good track provides her musical career with an interesting twist in genre. A change that showcases the style of song many had originally predicted that Pænda would bring to Eurovision 2019, considering her background in electro-pop. She has certainly given us a song to party with this summer!

Have you had a chance to listen to Pænda’s new song yet? Let us know what you think in the comments below and don’t forget to follow us on social media for all the latest news, reviews and more!

Austria joined the Eurovision family in 1957, and have taken part in 52 editions since. Vincent Bueno was supposed to represent the country in 2020, before the contest was cancelled due to the COVID-19 pandemic. Austria has won the contest twice, with the latest win in 2014 when the unstoppable Conchita Wurst took the trophy home, 48 years after their first win in 1966. However, they have also finished last 8 times.

Other notable entries from Austria are Nobody but you by Cesar Sampson which won the jury vote and finished third overall in 2018, and Zoë who won over everyone’s hearts with her sweet song Loin d’ici in 2016.