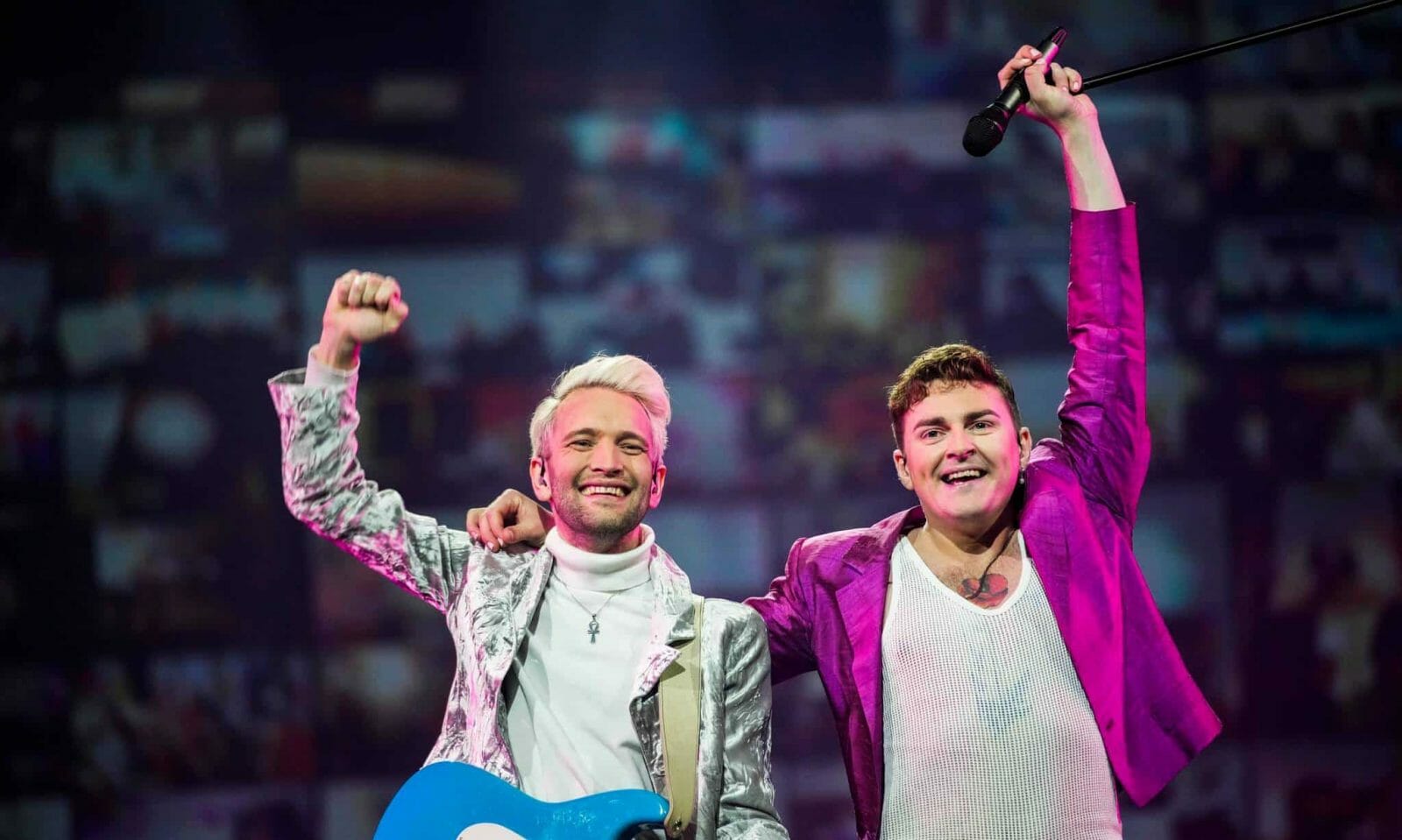 Since winning Dansk Melodi Grand Prix on March 6th, “Øve os på hinanden” by Fyr og Flamme has topped the Danish charts, making it the first Danish Eurovision entry to do so since “Only Teardrops” in 2013. Alongside this, the Danish Duo have racked up an impressive one million streams on Spotify.

The duo also have a further two songs in the Danish charts – Kamæleon, released in December 2020 and Menneskforburger, released July 2020. They are in twelfth and seventh place.

“Øve os på hinanden” beat off seven other participants to be crowned the winner of Dansk Melodi Grand Prix 2021. Their song is the first song, sung entirely in Danish, to represent Denmark at Eurovision since 1997. The last time we heard Danish at Eurovision was in Leonora’s song from 2019.

What do you think of Fyr og Flamme’s song for Rotterdam? Are you happy to see it topping the Danish charts? Let us know in the comments below!