New things for Germany as they revamp their selection process for 2021! 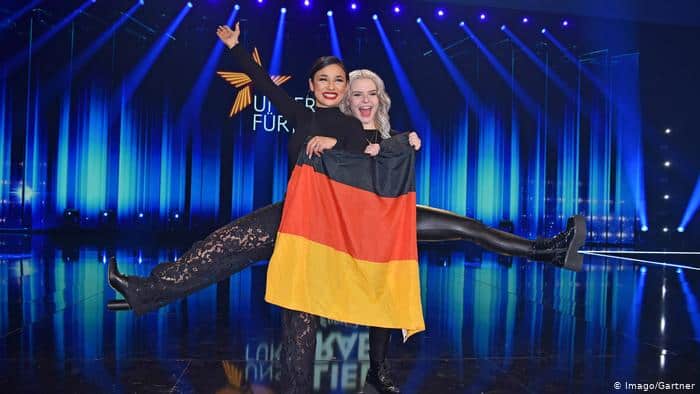 In terms of the stage presence, Germany involved the selection process to the next level. Instead of a simplified stage and performance of the potential song, the acts were able to showcase their potential for the jury. Background dancers, multiple camera angles, light effects and props were allowed here already. This might have been a reaction to Ben Dolic’s performance in Hamburg which has received a mixed reaction. Since these factors also play a big role in Eurovision nowadays, Germany is trying to improve their chances with these tiny changes.

Ben Dolic was set to represent Germany for the Eurovision Song Contest 2020 in Rotterdam with the song Violent Thing. Due to the Covid-19 pandemic, this did not happen. Dolic decided that he won’t apply again for the German selection process 2021. Therefore, Germany will be one of the few countries with a different artist for 2021. Last time Germany competed in Eurovision was 2019 with the song Sister by the duo S!sters.

Germany joined the Eurovision family in the first ever contest in 1956. They have participated in every year since with the exception of 1996, when their entry Planet Of Blue didn’t make it through to the Eurovision final. Out of Germany’s 63 participations 2 reached the top and won. In 1989 Nicole won with her song Ein Bißchen Frieden. Germany’s latest win was in 2010, when Lena won the contest with her song Satellite. Ben Dolic was internally selected to represent Germany in 2020 before the contest got cancelled due to COVID-19.

What do you think of the improved selection process? Let us know down in the comments.