NaviBand about their music, plans and protests’ impact on Belarussian culture

NaviBand is a band from Minsk that represented Belarus in 2017 with the song “Historyja majho žyccia” making them the first participants to sing in Belarussian in the whole history of the contest and bringing their country fourth best finish coming in 17th place. 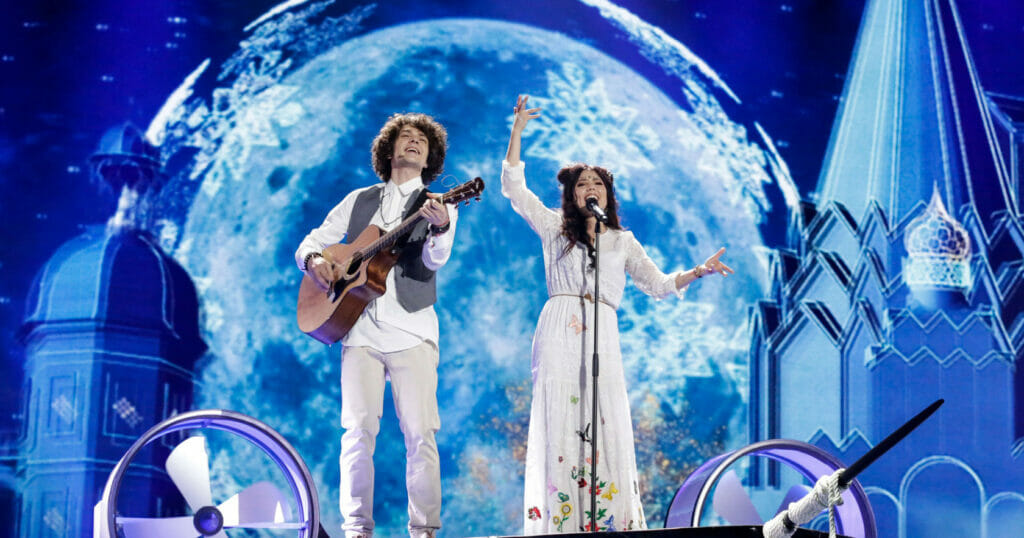 In a recent interview with NEXTA, Arciom and Ksienija shared an inside look on the recording of their new album, ‘NAVIBAND’:

“It was a very cool experience,” says Arciom Lukjanienka. “We spent almost half a year in Kyiv and working with a producer like Vitaliy Telezin was a great honor for us.”

Vitaliy Telezin is not a stranger when it comes to Eurovision artists. He worked with the 2016 winner Jamala on her albums “Крила” and “Подих”, as well as with 2006 Ukrainian entrant Tina Karol and 2016 Vidbir runner ups The Hardkiss.

“We talked to Vitaliy and sang him our songs for three hours before he was ready to record,” recalls Ksienija Žuk. “The first song that we recorded was ‘Неуловимы’ (Neulovimy), one of our favourites from the new album.”

Later in the interview, Arciom and Ksienija talked about favourite songs of their own:

“For me it’s ‘Выдумай’ (Vydumaj). Singing this song is a real challenge. The amount of energy it holds can be too much sometimes. When the energy releases, it makes me feel so grateful to the people who are willing to share it with me”.

“One of the songs that we always sing is ‘Бяжы’ (Byazhy).” Adds Arciom. “When we are performing, and I see people in the audience singing I can’t help but ask ‘Did we actually write this?’. This particular song always reminds me of my roots, about the moments that help me keep going. It doesn’t matter where you are, what matters is understanding who you are, what’s your language and roots. It will make you stronger. And, of course, our latest releases ‘Iншымi’ (Inshymi) and ‘Девочка в белом’ (Devochka v belom) are very emotional.”

‘Iншымi’ became one of the symbols of Belarussian protests and ‘Девочка в белом’ was written in dedication to female protestors. With all that is going on in Belarus right now, the duo thinks that protests changed not only the sound of their music but the culture in general:

“We love our Belarus and what’s going on is so wrong that it is impossible to stay silent. And I guess that’s why we speak through our music. It doesn’t matter if the sound is sad or upbeat as long as it delivers the message.”

“Belarussian culture is on an uprise. This situation is being reflected in art, music, points of view and dreams. It’s really inspiring. The culture is becoming stronger and stronger and gives way to new talents.”

At the end of the interview NaviBand, teased a release of a new song that is being recorded in Minsk. Arciom shared that it is a very important song, and they are excited for people to hear it.

What do you think of NaviBand’s new album? Share your opinion below!