Michal Szpak, the Polish representative in 2016, has released a new song in Polish called “Polska To Kobieta” which can be translated into “Poland is a Woman”.

As the title and the music video already suggests, it is a clear statement in favour of the current demonstrations in Poland due to recent the court decision on allowing abortions, which has been seen as a major setback for women’s rights in the country.

The conservative stance of the ruling PIS-party has drawn criticism and opposition, namely for their views on women’s rights, immigration and LGBTQ+ rights.

In his song, Michal demands the right for all women to have control over their own bodies – something he has demonstrated himself by taking part in the protests. 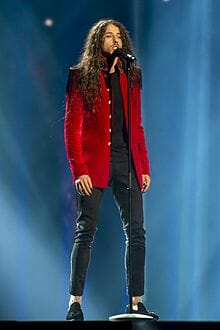 Michal Szpak is a famous name within the Eurovision community. He represented  Poland at the Eurovision Song Contest 2016 in Stockholm, Sweden with the song “Colour of Your Life”. With a total amount of 229 points (222 from the televote and 7 from the jury), he placed 8th in the grand final, making this Poland’s third Top 10 finish since 1994 (2nd place with the song To Ni Ja! by Edyta Gorniak) & 2003 (7th place with the song Keine Grenzen – Zadnych granic by Ich Troje).

After Szpak’s Eurovision success, he became a judge in the casting show The Voice of Poland.

What do you think about the new song? Would you like to see Michal return to Eurovision someday? Let us know down in the comments.