Christmas has come early for Eurovision fans with the release of a new festive love song from our favourite Icelandic musician.  ‘Every Moment is Christmas With You‘ features a beautifully emotive melody over Daði’s recognisable synth sound as he declares that he doesn’t need any of the materialism of Christmas, only his love. 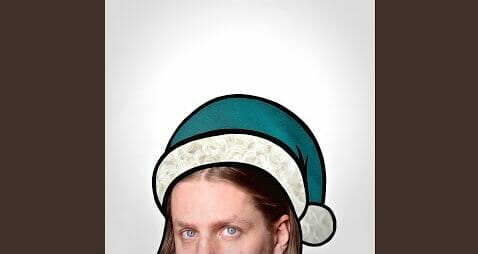 Daði recently spoke to NME about his plans for Eurovision 2021:

“Right now, I’m trying to get the Eurovision track done. I’m making around 11 rough demos and ideas, then I’ll pick one and focus on that. I want to release an EP somewhere around Eurovision, but I’m not going to promise anything because I have to go on tour and do a bunch of stuff for Eurovision. Competing in Eurovision is so much more than just writing the song and doing the performance.

To me, it’s the biggest platform in Europe to promote a song. You have three minutes, a song, a whole production team around you to make a condensed thing, I just see it as an opportunity to make a really cool performance which I would never have done if it wasn’t for Eurovision.”

Daði had previously attempted to represent Iceland in the Eurovision Song Contest in 2017 (see video below), but narrowly missed his chance, finishing second their national selection process.

What do you think about Daði’s Christmas song? Let us know in the comments below!