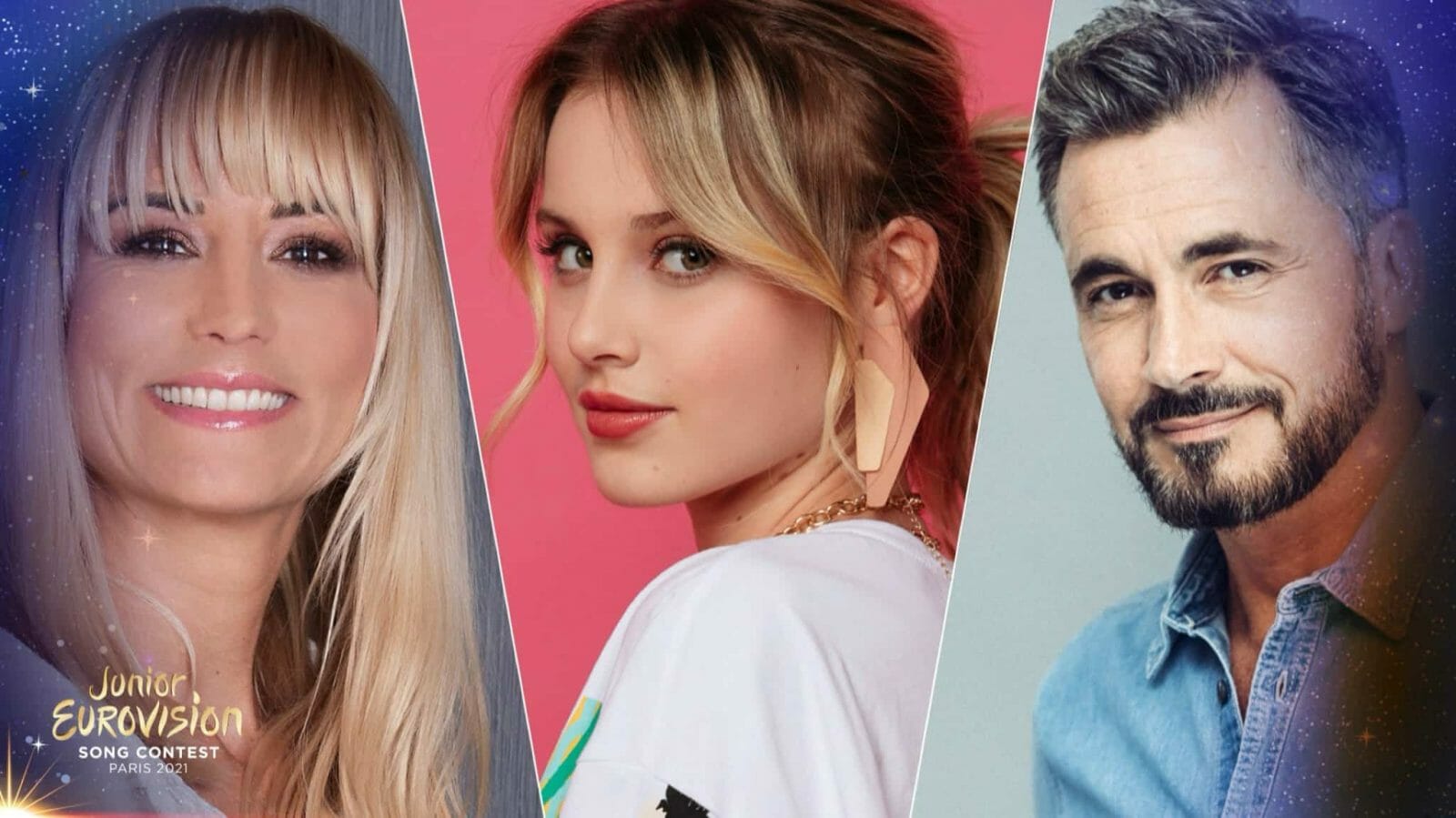 During the press conference organised by France Télévisions in the hall hosting the competition on 19 December, the announcement was made public. The official announcement comes after several leaks in the French media from yesterday evening.

Olivier Minne is a popular game show host in France, his designation was unexpected but his cheerfulness and charisma should appeal to viewers. He commentated the Eurovision for the French TV a few years ago. He will be presenting the show in English as he lives half year in Los Angeles.

Elodie Gossuin is better known to the fans of the contest. She was the spokesperson for France in 2016-2018 and made a name for herself by singing the chorus of Amir’s song, which has become a meme on social networks. She will be speaking French during the show.

Carla was the French representative in the Junior Eurovision Song Contest 2019 and her song Bim Bam Toi hold the record of the most JESC streamed song!  Earlier this year it was even integrated in the popular online game, Fortnite. She will interact with artists in the Green room both in French and English.

The names of the French commentators have also been announced and they will be television hosts Laurence Boccolini and Stéphane Bern, accompanied by Valentina, winner of the last edition of the junior competition.

It is thanks to her victory that the competition is being organised in France this year. It will be held on 19 December at the Seine Musicale, near Paris.

With the contest being around the corner, tickets sales are already open online so don’t forget to buy yours if you want to join the party!