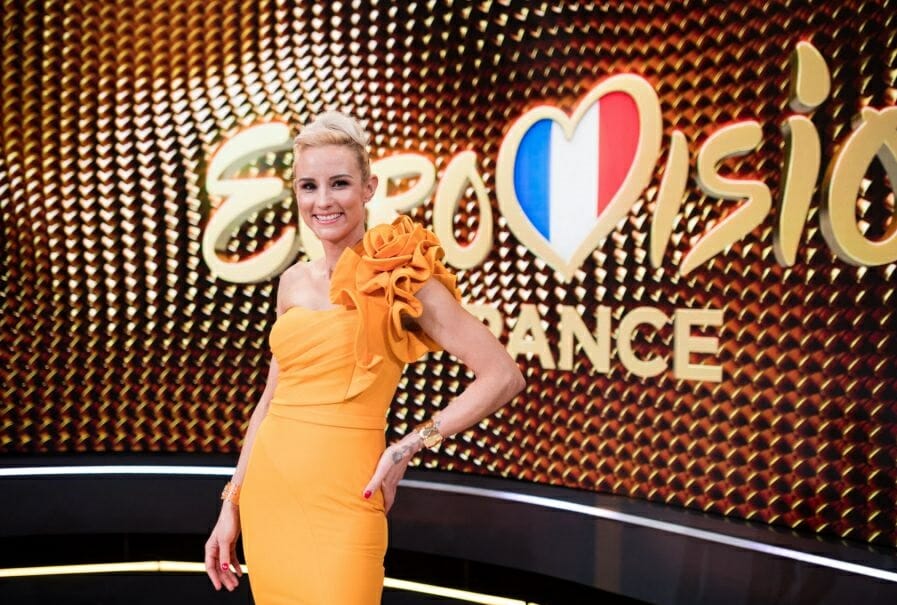 France spokeswoman has been announced today.

The Eurofans knows her well. Not because she was Miss France 2001 and Miss Europe 2001 but rather because of her cover of Amir’s song. Full of confidence and humour, Elodie Gossuin sang the chorus of Amir’s song, J’ai cherché, before announcing the points awarded by France. A failed performance punctuated by false notes that quickly became a meme.

Elodie’s come back has long been awaited by the Eurofans after being spokeswoman between 2016 and 2018.  Laurence Boccolini and Stéphane Bern will comment the show as they did last year on France 2, the French broadcaster.