GO_A were supposed to represent Ukraine at Eurovision 2020 with their Song “Solovey”. However, due to the cancellation of the contest due to COVID-19, they were unfortunatley unable to do so, and back in April, the Ukrainian broadcaster announced that they would be returning to Eurovision in 2021.

Since then, the band have recently joined an online songwriting camp organised by Unified Songs as part of their efforts to prepare for Eurovision 2021. They spoke about their experience on Ukraine station, Radio Promin

Group member Taras Shevchenko revealed that the songwriting camp happened in July and it was a wonderful experience during which they got to brainstorm ideas about potential GO_A entries for Rotterdam 2021.

Taras also provided a snapshot of the happenings during the songwriting camp, which comprises a packed schedule working with famous producers and writing at least one English language song every day.

He stressed that their focus was more on establishing the structure, melody and lyrics of the songs rather than fully processed tracks ready for release.

“We worked from morning till night with Polish producer Mikołaj Trybulec and British songwriters Ashley Hicklin and Ryan Laurie. And every day, you guessed it, we (wrote) one song. Well, of course, it's not that (they) are fully processed and ready tracks for (release), but we wrote the main melody, the lyrics, the structure; we worked very productively and met wonderful and cool people. I think the experience of working with other musicians is always interesting, and here we wrote with world-class professionals. Maybe one of the few songs we wrote during the seminar will be your choice to represent Ukraine in Eurovision 2021” 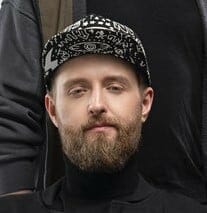 There are currently no further updates as to how GO_A’s entry for Eurovision 2021 will be selected. Since GO_A has been internally selected to represent Ukraine at Rotterdam 2021, it has been confirmed that Vidbir will not be returning for 2021 in its usual format.

Back in April, the lead singer of Go_A, Kateryna Pavlenko spoke on television programme ЖВЛ about Vidbir and Eurovision, among many other things. The band were happy to find out they would be going to Eurovision 2021, but they were not as happy upon finding out their Eurovision 2020 song, “Solovey”, would not be eligible to participate. “Initially, I was upset that the song Solovey will not sound at Eurovision. I did not think that we would need a completely new composition…”
However, in light of this news, the band decided that they will prepare a total of five songs, with one of them going on to represent Ukraine at Eurovision 2021.“…We received a lot of comments in which fans wanted our next song. We’ve decided that in that case we will prepare five of which the listeners will chose one.” It is unknown at this time how their song will be selected.

Ukraine’s Eurovision history dates back to 2003 when they first debuted in the contest with the song Hasta La Vista. The second year Ukraine participated Ruslana won the entire contest with her song Wild Dances, which brought the contest in 2005 to Ukraine’s capital Kiev. After getting 2 second places and one third place in-between 2005 and 2014, Ukraine took a one-year break in 2015. Jamala made Ukraine’s comeback in 2016 with her 1944, which she won the contest, and brought the contest once again back to Kiev. Go_A was selected to represent Ukraine in 2020, before the contest got cancelled.