From returning legends to fresh-faced newcomers – Here are the first nine acts for Melodifestivalen 2021!

Melodifestivalen is probably the biggest national selection of the season, so it comes to no surprise that there will be a lot of excitement when the list of participants are released. Today, 9 participants have been revealed by SVT and there are some familiar faces which you might recognise!

First to be announced was Danny Saucedo. There has been recent speculation about his return and it has now been confirmed! He participated as a solo act in 2011 and 2012, coming in 2nd place in both years. He will be singing Dandi Dansa, which he wrote himself alongside Karl-Johan Råsmark.

Next to be announced is a Melfest debutant Lovad. She will be singing Allting är precis likadant, which she wrote alongside Mattias Andréasson, Alexander Nivek, and Albin Johnsén. You might recognise Albin and Mattias from their previous entries in Melodifestivalen.

Next to be announced was Kadiatou. Some may recognise her from Swedish Idol 2018, where she placed 2nd. She will be singing One Touch, which is written by Joy Deb, Linnea Deb, Jimmy “Joker” Thörnfeldt and Anderz Wrethov.

Next, it’s not the french Moustache from 2014, but Mustasch was next to be announced. Mustasch is a hard rock band with Melfest 2013 alumni Ralf Gyllenhammar as their leading man. Their song is called Contagious and was written by Ralf Gyllenhammar and David Johannesson.

Next up we have Eva Rydberg and Ewa Roos. This veteran duo will be singing Rena rama ding dong and the song is written by Göran Sparrdahl, Kalle Rydberg and Ari Lehtone. 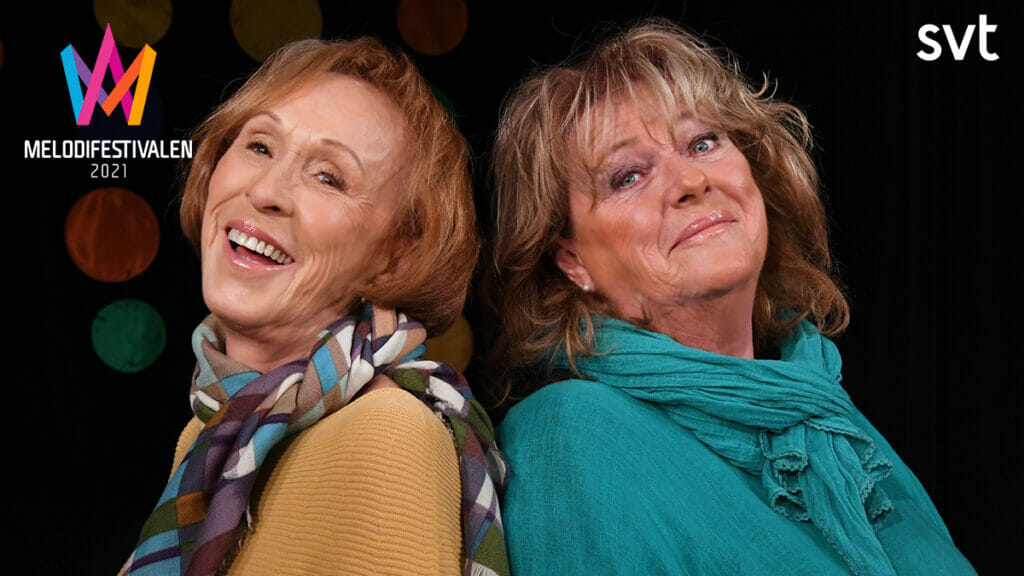 Next up we have another debuting artist Emil Assergård. This singer-songwriter has already got 3 albums up his sleeve, with his latest album reaching number 5 in the Swedish charts. He will be singing Om allting skiter sig which he wrote alongside Jimmy Jansson, Jimmy ”Joker” Thörnfeldt, Anderz Wrethov and Johanna Wrethov.

Tess Merkel was next to be announced! You may recognise her as being one third of the legendary trio Alcazar. Well, she’s now going solo in Melfest this year and will be singing Good life, which she wrote alongside Tony Malm, Palle Hammarlund and Mats Tärnfors.

Returning from last year, it’s Paul Rey! He was the only debuting act from last year to qualify for the final and he is going to try again at reaching the final with the song The Missing Piece. He wrote this song alongside Fredrik Sonefors and  Laurell Barker.

The final act to be announced today was Melodifestivalen and Eurovision alumni Arvingana. They have previously won the ticket to represent Sweden in 1993 with Eloise and have recently took part in Melodifestivalen in 2019 with I do. They will be singing Tänker inte alls gå hem which was written by Stefan Brunzell, Nanne Grönvall, Thomas G:son and Bobby Ljunggren.

The rest of the line up for Melodifestivalen 2021 will be revealed in the next coming days so stay tuned for more news!

Which act from today’s announcement are you looking forward to the most? Tell us in the comments below!