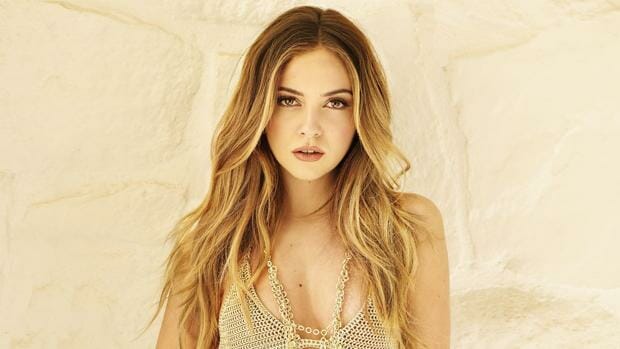 An earthquake has shaken the social networks of Eurovision fans in Spain due to the uncertainty caused by the enigmatic post of the singer and actress Ana Mena on their social networks. A publication that has made everyone think that the artist from Málaga is currently involved in a project related to Eurovision.

Ana Mena, one of the most successful artists on the Spanish music scene at this time, hid all her Instagram posts to usher in a “New era”, as announced in her biography of the social network. Shortly thereafter, she posted a black and white photograph of a microphone similar to the Eurovision Song Contest trophy. The caption for this photo was “Something important is coming”.

But the euphoria was unleashed with the singer’s second post a few hours later. A photo of Massiel’s triumph in Eurovision 1968 and a title that only included three emojis of monkeys covering her mouth. Automatically, “Ana Mena” and “Eurovision” became Trending Topic on Twitter in Spain and the press began to echo this enigmatic post.

Rumors are already running through Spain, traveling three main roads. The most obvious is that fans believe that the artist could participate in the Benidorm Fest, Spain’s national final for Eurovision 2022. However, another sector thinks that the artist could try to participate in Eurovision but representing Italy, the country in which currently she has a great success and in which she came to sing in Sanremo as a guest artist. Finally, and also related to this success that she has in Italy, a smaller sector thinks that Ana Mena could be part of Eurovision 2022 but as a guest artist or even as a co-host in Turin.

Ana Mena has been on the lists of “Ideal representatives for Spain at Eurovision” on numerous occasions. Without going any further, last summer she was ranked fourth in the traditional annual survey organized by the Eurovision-Spain website, the most important website about Eurovision in the Spanish language.

“Ana Mena, from Málaga to the world”. Who is the artist that drives Spain and Italy crazy?

Ana Mena is an Andalusian singer and actress who is currently succeeding both inside and outside of Spain. Born in Estepona (Málaga) in 1997, she achieved her first triumph in music when she was only 9 years old, when she won the children’s contest “Veo, veo”. She soon became a regular on Andalusian public television, Canal Sur Televisión, where she demonstrated her great voice by singing Andalusian copla and pop music.

In 2009, she was lucky enough to star in a biographical film about her music idol, the actress and singer Pepa Flores, known in her childhood as Marisol. A year later, Ana Mena arrived to the Disney Channel, winning the second edition of the “My Camp Rock” contest. From then on, the young artist continued to participate in numerous television programs as singer or actress in Spanish series. She has also worked with the famous Spanish director Pedro Almodovar.

Her career has continued to grow in recent years and, like many other Spanish artists, her music has crossed the ocean to triumph in America, entering the charts of countries like Argentina, Ecuador, Guatemala, Nicaragua, Costa Rica, Mexico, Panama, El Salvador, Uruguay and Venezuela.

But her music has also spread across Europe, reaching the charts in France and especially Italy. In 2018, the young Andalusian artist made a collaboration with the Italian singer Fred de Palma. After the success of this song, Ana Mena has continued to pursue a successful music career in Italy, even performing as a guest at the Festival di Sanremo 2020 with Riki.

The singer usually begins her songs with the phrase “Ana Mena, desde Málaga pa’ el mundo” (Ana Mena, from Malaga to the world). Will Eurovision be Ana Mena’s next goal to continue conquering the world with her music? We will know the answer soon.

Do you like the music of Ana Mena? Would you like to see her at Eurovision 2022? Leave us your opinions in the comments below!