Eurovision: Australia Decides 2022 lineup is complete… Or is it? SBS announces the next batch of artists, plus details of a new wildcard surprise and a special guest performance by Eurovision royalty! 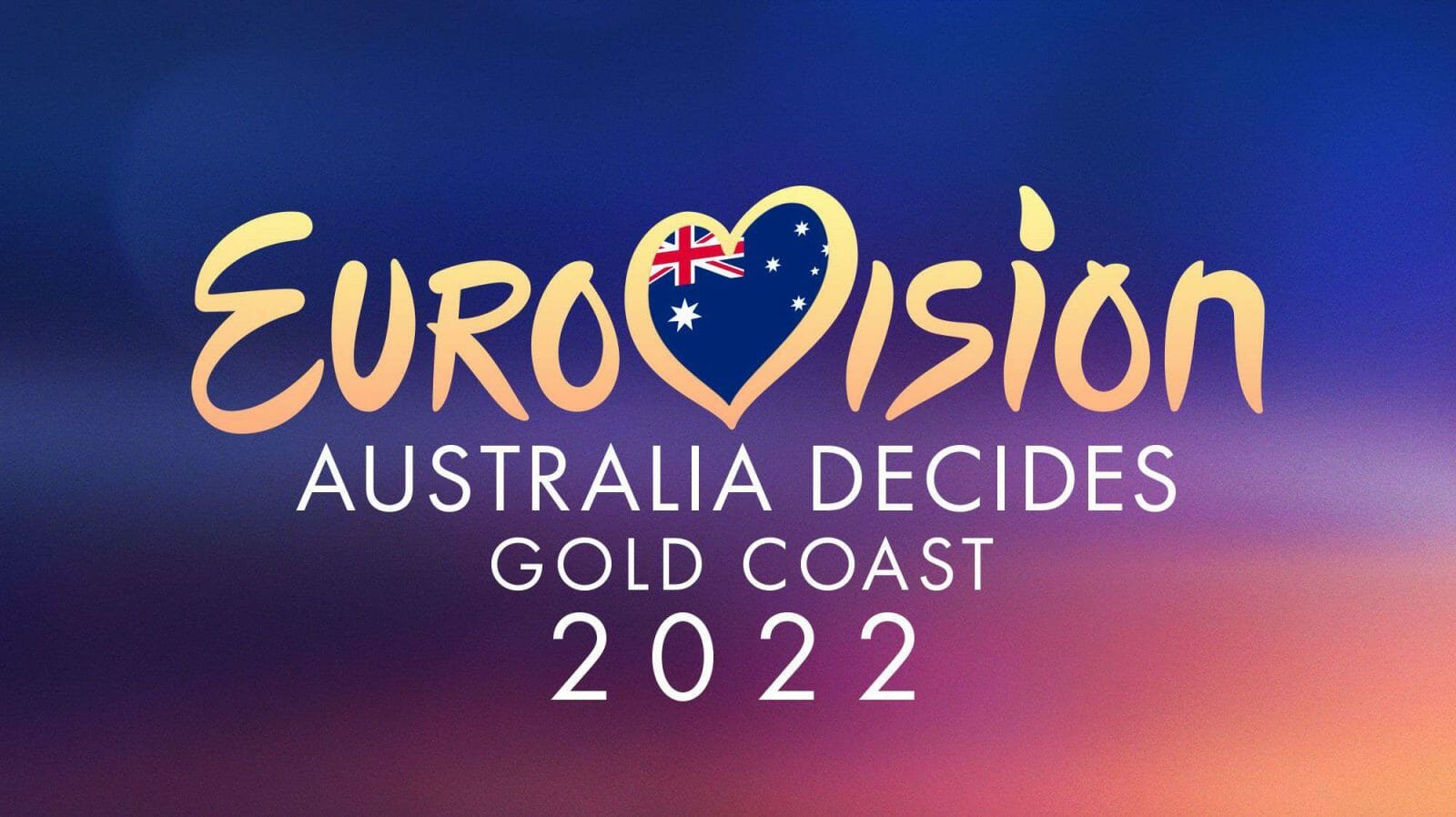 SBS and BlinkTV have revealed the next lot of acts, all vying for the title of Eurovision: Australia Decides 2022 winner! Also in the announcement was news of an exciting new competition which will see the national final open up to the Australian public, for their chance to represent Australia at Eurovision in Turin in May 2022! And the news doesn’t stop there… Eurovision royalty will be gracing the stage on the Gold Coast to give a special performance! But who is it? Read on to find out!

Seann graduated from WAAPA with a BA in Music Theatre and began his career in Helpmann award-winning productions The King & I (Opera Australia) and Sweet Charity (Hayes Theatre) before travelling to London where he was a finalist in X Factor UK in 2015, mentored by BBC Radio 1 presenter Nick Grimshaw. Simon Cowell said of Seann’s audition “I’m going to remember this audition for a very, very long time.” Seann has headlined on the UK/European Gay Pride Circuit, including London Pride, appearing at London’s 02 Arena, and was featured at the closing ceremony of the 2018 Sydney Gay & Lesbian Mardi Gras. Seann also won hearts here in Oz on The Voice AU in 2021. An embodiment of queer excellence, with a gorgeous sense of humour, Seann is known for pushing boundaries outside the heteronormative. Seann’s focus is authenticity and happiness – “Doing all these things make me happy. They make me feel alive. That’s what matters.” Seann’s debut EP 4 track is available on Spotify.  Seann is looking forward to releasing new music and currently working with Sydney Queer Legendary Producers ‘Stereogamous’. 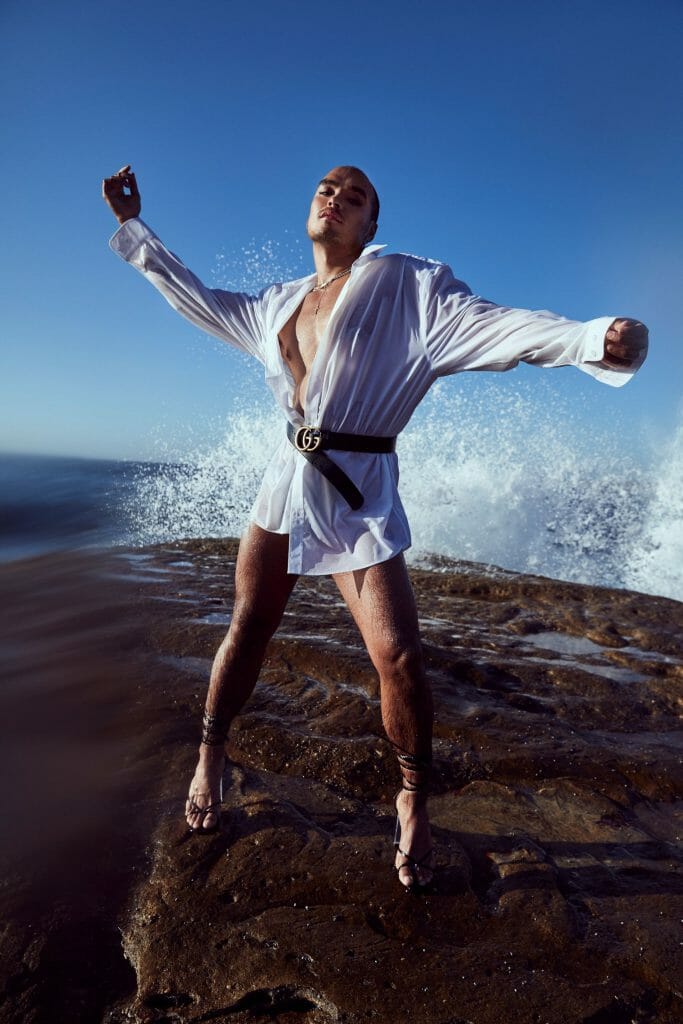 “I don’t stand here like ‘I want to be different’, ‘I want to be unique’, or ‘I want to wear all this to be seen and heard.’ I stand here as a proud queer man, a proud brown man and most importantly, a proud Australian – it comes down to authenticity and happiness. Doing all these things make me happy. They make me feel alive. That’s what matters. Eurovision is about celebrating your pride and I’m ready to give you all the fabulous joy baby! EveryBODY is welcome in Seann Miley Moore’s world – so Australia, pack your bags, we’re going to the Gold Coast! xoxo SMM.”  – Seann Miley Moore

The vibrant quintet choreographs an intricate dance between metal and pop; employ a keytar on stage, and bring forward a positive, uplifting feeling to their music, running head-first into the endless parade of heavy bands who see the world in a different light. Voyager’s latest album Colours in the Sun exploded like a supernova onto the worldwide stage with their vivid, uplifting, and exhilarating music and live performance, capturing the excitement of existing fans and the intrigue of new ones from all around the world. Frontman Danny Estrin, a long-time Eurovision fanatic is not only an award-winning, multilingual lawyer by day, he also moonlights as a renowned and respected musician. Danny’s signature dose of ‘80s influenced vocals and hook-laden keytar lines over the top of genre-transfiguring, ultra-modern and prismatic hard rock has travelled the world many times over. 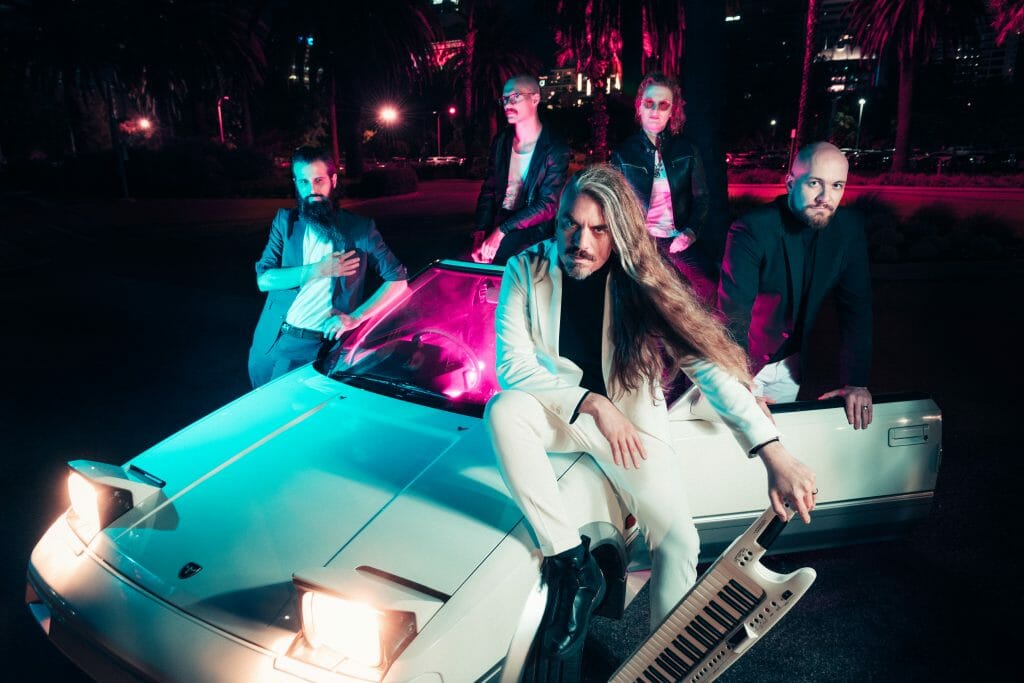 “Eurovision is the greatest show on earth, so getting a chance to represent Western Australia and to showcase our keytar driven brand of heavy music is one of the most exciting and surreal opportunities to ever come our way!! So, thank you Australia for giving us the opportunity to take you on a voyage with us in what has been a lifelong dream.” – Danny Estrin, Voyager member

Emerging as a new addition to Australia’s growing pop music community, Gold Coast born / Sydney-based musician Charley is someone that encapsulates the talent and prowess of the genre’s arena-selling stars with the forward-thinking creativity of its limitless next generation. As a songwriter, she’s someone that puts 100% of herself into everything she writes. Charley says her debut single Hard For Me, “Embraces female sexuality and unapologetic love.” Her second single Arizona introduces a more personal edge to Charley’s music, born from the anxiety that has been a part of her life for as long as she can remember. 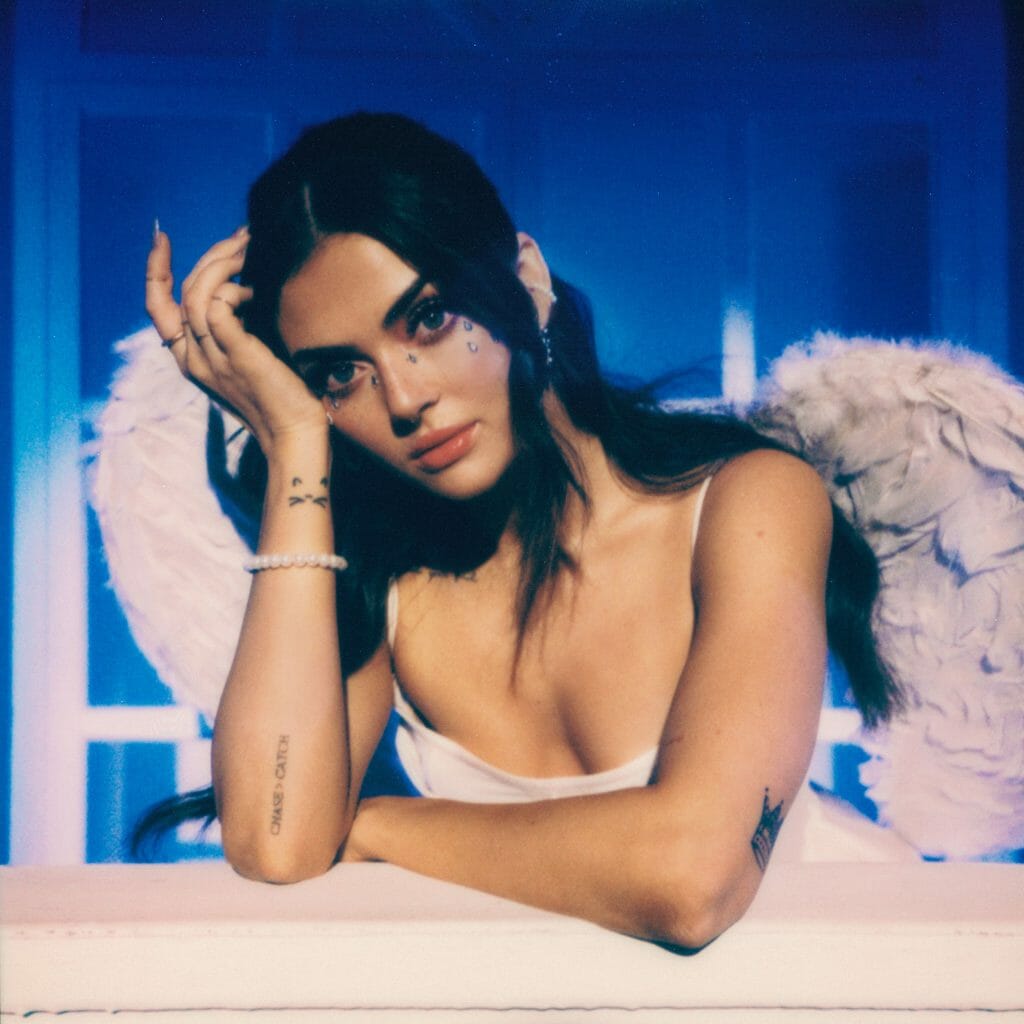 “Eurovision has always seemed so out of reach, but now I feel one step closer by performing at Eurovision – Australia Decides on the Gold Coast. I’m so excited as my family and I are huge fans and I can’t wait to do them proud. I wrote my song two and a half years ago about my biggest heartbreak, so being able to turn something so dark into something beautiful is a really special moment for me.” – Charley

Newcomer Jude York has arrived on the international music scene with surprising haste, and a flurry of interest and activity. As the refreshingly unique, 22-year-old, artist starts to take his rightful place in the spotlight, he emerges with over 20 million streams already under his belt. While releasing music under a variety of different projects, Jude has honed his proficient skills as a singer, songwriter, and producer. The results are breathtakingly beautiful, journey-driven, musical delicacies. 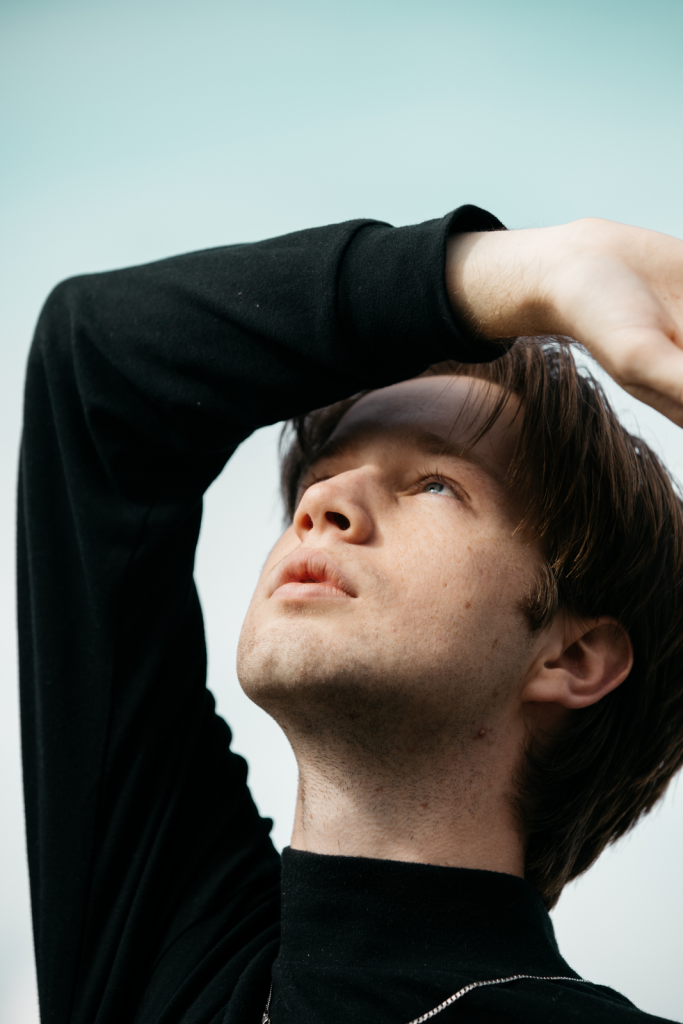 “When I found out that my song was selected from the portal, I was already incredibly honoured and excited. Now to know that I’m also performing it live on one of Australia’s biggest platforms is more than I could have possibly asked for! The song is all about believing that dreams do come true, and I feel like mine really are right now!” – Jude York

Think you’ve got what it takes to represent Australia at the Eurovision Song Contest? SBS, Blink TV and TikTok have today announced a national TikTok Wildcard contest to find an 11th artist to take part in Eurovision – Australia Decides on the Gold Coast in February 2022.

From today, Australians over 16 years of age can be in the running to become the TikTok Wildcard Artist to compete in Eurovision – Australia Decides. Just post a vocal performance clip, up to one minute long, with the hashtag #EurovisionAustralia on TikTok. What entrants sing and how they perform it is up to them! A panel of industry experts will then determine the winner, who will go on to round out a total line-up of 11 incredible artists on the Gold Coast – all chasing their dreams to represent Australia at Eurovision 2022 in Turin, Italy.

The addition of the TikTok Wildcard contest to Eurovision – Australia Decides is so exciting that it deserves an ambassador to fly the flag for the new generation of Australian Eurovision entrants – and who better than Eurovision 2016 runner up, Dami Im. Check out Dami’s TikTok account for all her tips and tricks on how to curate a powerful, Eurovision-worthy performance.

KEiiNO are coming back down under

In the other big news announced today, Norway’s 2019 Eurovision representatives KEiiNO are heading back to Australian shores to commence their first international tour since the global pandemic started. They will also be giving a special guest performance at Eurovision: Australia Decides 2022!

Left up to the 200 million TV-viewers, KEiiNO should have won Eurovision in 2019 with Spirit in the Sky. However, surprisingly low scores from the jury put the Norwegian/ Sami pop-trio at #6. But KEiiNO’s mix of uplifting pop, dance, and Nordic folk melodies and joik – the traditional form of song of the Sami people – reached a broad audience beyond their Nordic beginnings. Their Eurovision-entry, written and released by the band themselves, charted in many European countries, made it to #1 on the Norway sales charts and #2 on Spotify’s Global Viral Chart.

The group feel very much at home Down Under, and lead singer Alexandra Rotan even chose to sing John Farnham’s You’re the Voice in the finals of the major TV singing competition “Stjernekamp” (battle of the stars) a few months back. 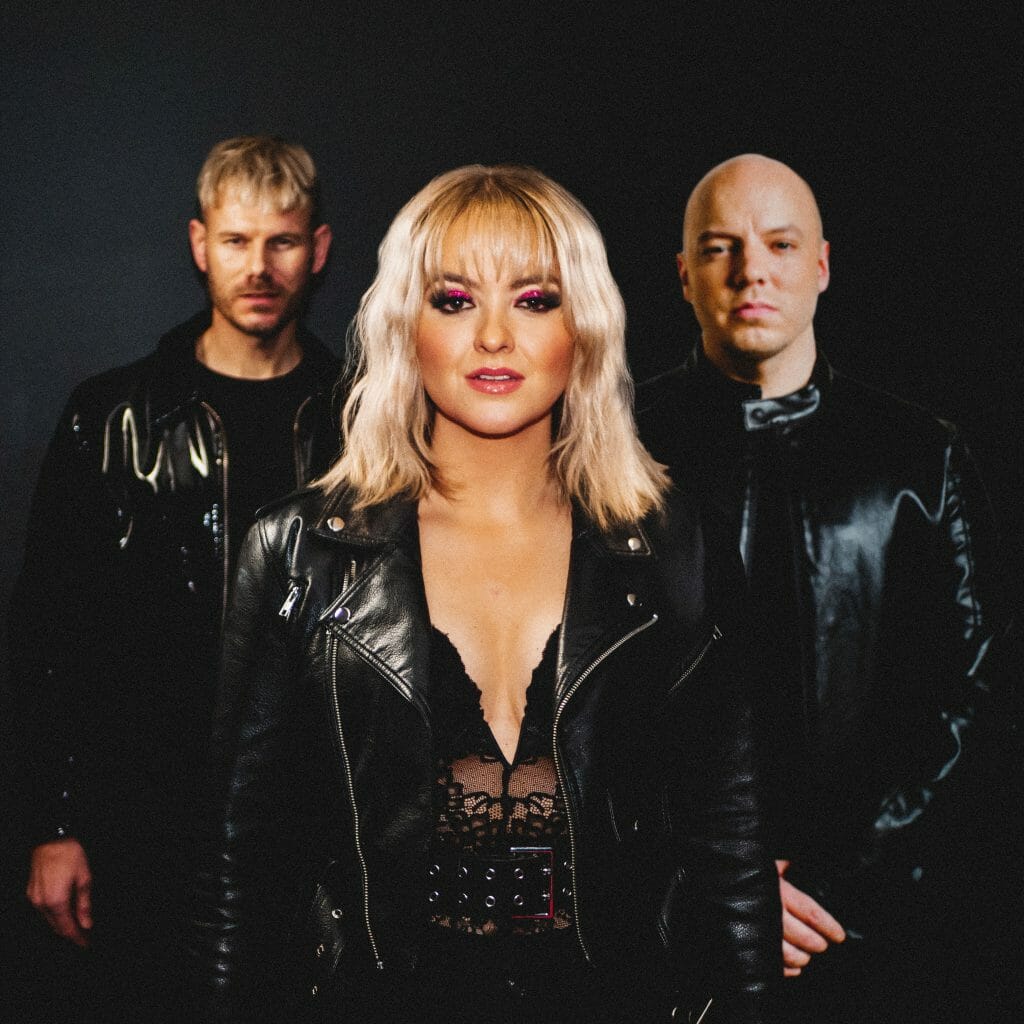 Are you excited for the return of Eurovision: Australia Decides? Who would you like to see represent Australia in 2022? Let us know in the comments below!