Bye Bye Baby: will we ever see these countries return to Eurovision?

As we all know, Eurovision includes dozens of countries every year, from the small San Marino through to the isolated Iceland, up to the big mother of Russia. The diversity of countries may be one of the best part of Eurovision since it’s connecting many different people with different nationalities all coming together. However, the amount of participating countries varies each year, from 7 countries in the first edition in 1956 up to 43 countries in 2008 and 2011. For 2020, 41 countries were supposed to compete in the Dutch city of Rotterdam, but for well-known reasons, this didn’t happen.

So this is now the perfect chance to talk about current withdrawn countries, giving a short summary of their success and failures up to this point, plus the possibility of their return within the next 5 years.

Montenegro took part in Eurovision as part of Serbia and Montenegro in 2004 and 2005, achieving great success with 2 top 10 finishes. Montenegro debuted as an independent nation in Helsinki 2007 with the song “Ajde, kroci” by Stevan Faddy. Unfortunatley, they failed to qualify and after this, along with two more non-qualifications, the Balkan state decided to withdraw for two years.

After their return in 2012 and two more disappointing results, Montenegro eventually managed to qualify not just once but two times in a row, finishing in 19th place in 2014 and 13th place at it’s peak in 2015. However, the next four years consisted of non-qualifications again, which resulted in a withdrawal in 2020, stating financial reasons. Instead, the Montenegrin channel RTCG spent the participation fee for new cars which came out to be a smart idea for this year. Nevertheless, a quick return of Montenegro could be expected very soon.

The small state between France and Spain is the only participating country who hasn’t seen the final so far. Their debut was in 2004 with the song “Jugarema estimarnos” by Marta Roure, finishing 18th in the semi final. 2007 was the most successful year for Andorra up to this point with the band Anonymous finishing 12th out of 28 contestants in the semi final, and barely missed out on a place in the final. After two more attempts, Andorra withdrew from 2010 up until now. Even though former participant Susanne Georgi from 2009 stated that she will fund the whole participation fee for her country, RTVA as the responsible channel of Andorra, didn’t show any interest in a return so far. Therefore, a negative view on the contest could maybe play a greater role than expected.

The Balkan country joined the contest in 1993 with the song “Sva bol svijeta” by the band Fazla. After several weak places and two forced breaks in 1998 and 2000, Bosnia and Herzegovina attended every final up until 2012, including an impressive third place in 2006 with the song “Lejla” by Hari Mata Hari.

Due to financial reasons, the country withdrew from the contest in 2013, 2014 and 2015. Their return in 2016 was possible thanks to a private sponsor. However, the song “Ljubav je” by Dalal and Deen feat. Ana Rucner and Jala only finished 11th in the semi final, and is therefore the first non-qualification for Bosnia and Herzegovina.

Based on huge debts from the broadcaster BHRT towards the EBU, Bosnia & Herzegovina had to withdraw again in 2017. Even though rumors about a possible comeback exist because of the Eurovision Facebook page of Bosnia & Herzegovina suggesting a return in 2021, the possibility of another contest without the Balkan country is still high as they still have high debts.

Despite this, Hungary had an impressive qualification record, being in the final 8 times in a row from 2011 to 2018. The return of Joci Papai in 2019 eventually let to a non-qualification, only finishing 12th in the semi final. This could have been one of the reasons Hungary’s withdrawal the following year, but also, a part of their withdrawal could also be down to Hungarian president Viktor Orbán. It could then be expected that Hungary might stay away from the contest for longer.

Slovakia could unfortunatley be considered as one of the most unsuccessful countries in Eurovision ever. Debuting in 1993, Slovakia managed 18th place out of 23 countries in 1996 as their best result, and one of only 3 appearances in a Eurovision final. This was followed by a string of non-qualifications and non-participations. Slovakia was absent from the contest in 1995, 1997 and from 1999-2008. In 2009, Slovakia came back with the song “Let’ tmou” sung by Kamil Mikulčík and Nela Pocisková in the hope of a qualification. Unfortunately, this hope got destroyed with a second to last finish in the semi final. After three more disappointing results, including a last place in the 2012 semi final, Slovakia withdrew from the contest for the foreseeable future. Considering that Slovakia’s last participation has been eight years ago, and Eurovision has quite a poor reception from the Slovak public, a return is more than unlikely at this stage.

Luxembourg has a very long history in Eurovision, being part of the first Eurovision  Song Contest ever in 1956, and pulling off five victories in total. With one withdrawal in 1959, Luxembourg participated 37 times in a row up until 1993. Due to financial reasons and low chances of winning, Luxembourg decided to withdraw from the Contest in 1995 after a forced pause in 1994. Even though the 2021 contest will be held in the Netherlands, which is very closely related geographically and culturally to Luxembourg, the channel RTL have already announced their continuing non-interest in a return.

Turkey firstly participated in 1975 with the song “Seninle bir dakika” by Semiha Yankl. Unfortunately, she placed dead last in 19th position. After a two year break, they came back in 1978 with an 18th place out of 20 countries. After another withdrawal based on political issues in 1979 where Israel were the host country, Turkey then participated for 32 years in a row excluding a forced break in 1994.

After a very rough start, Turkey eventually came out as a Eurovision powerhouse, including a victory in 2003 by Sertab Erener with “Everyway That I Can” and several Top 10-finishes following on. While Turkey came second in Oslo in 2010 with the song “We Could Be The Same” by maNga, Turkey failed to qualify in 2011 for the first and only time up to his point. “Love Me Back” by Can Bonomo in 2012 has been the last contributed song from Turkey.

There has been critique towards the Big-5 rule, as well as homophobic remarks about artists such as the Austrian winner of 2014 Conchita Wurst, which have both been stated as reasons for their Eurovision abstinence. Considering that the Big-5 rule most likely won’t get changed and an increased political rejection towards Europe caused by Erdogan, a return to the Eurovision Song Contest cannot be expected anytime soon.

The small state in the Mediterranean Sea joined the contest in 1959, with their peak in 1971 where Monaco achieved their only win with the song “Un banc, un arbre, une rue” by Severine. Monaco, who hasn’t sent a single song in English, withdrew in 1980 for 23 long years and returned in 2004 with the song “Notre planète” by Maryon. After this participation, which achieved 19th place in the semi final, and two additional non-qualifications in the 2005 and 2006 semi finals, Monaco withdrew from the contest without any interest of a return. One of the main reasons for their withdrawal in 2007 was due to poor results since their return in 2004.

As the only participating country from the African continent, Morocco participated in 1980 for the first and last time so far. This mostly has to do with political issues with Israel, (who normally participate in every contest), but had to withdraw in 1980 due to financial reasons.

The song “Bitakat hob” by Samira Said finished second to last with only 7 points. Due to the Israeli return to the contest in 1981, Morocco felt forced to withdraw from the contest. Even though the political relationship between Arabic countries, including Morocco, and Israel, have showed a positive and peaceful trend lately, a simultaneous participation of Israel and Arabic countries will most likely take more time. However, Eurovision could function as a symbol of good faith in the future. So because of this, it seems very unlikely that Morocco will return to Eurovision any time soon. 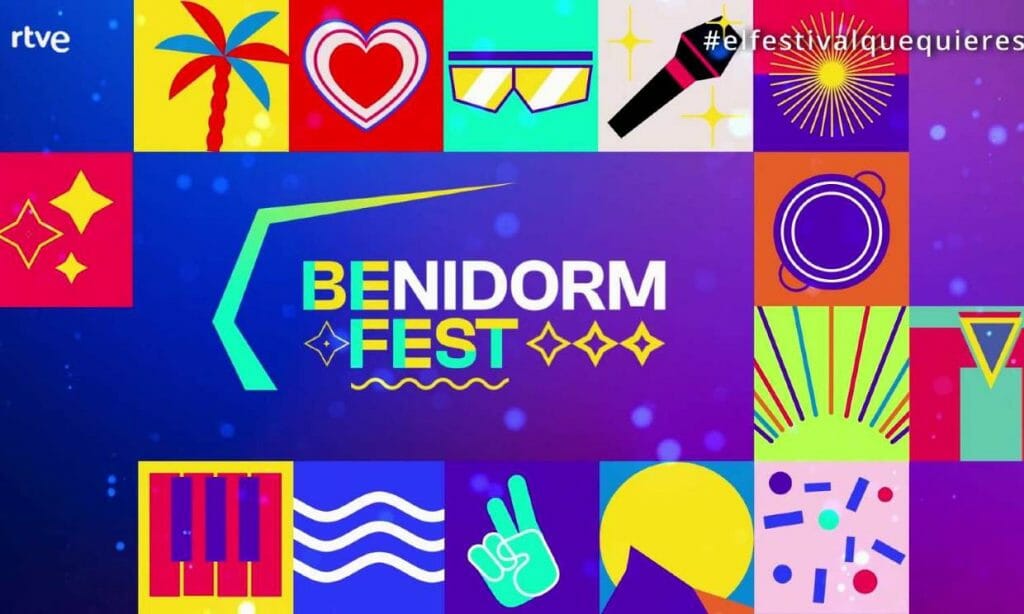 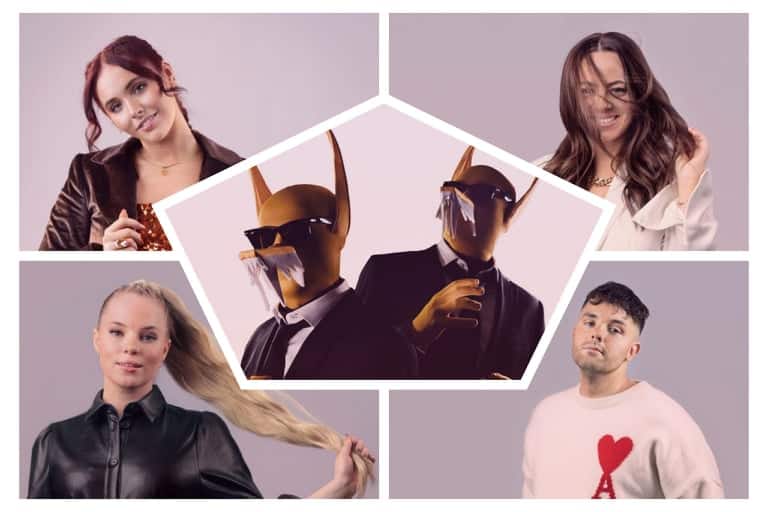 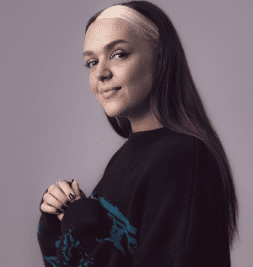