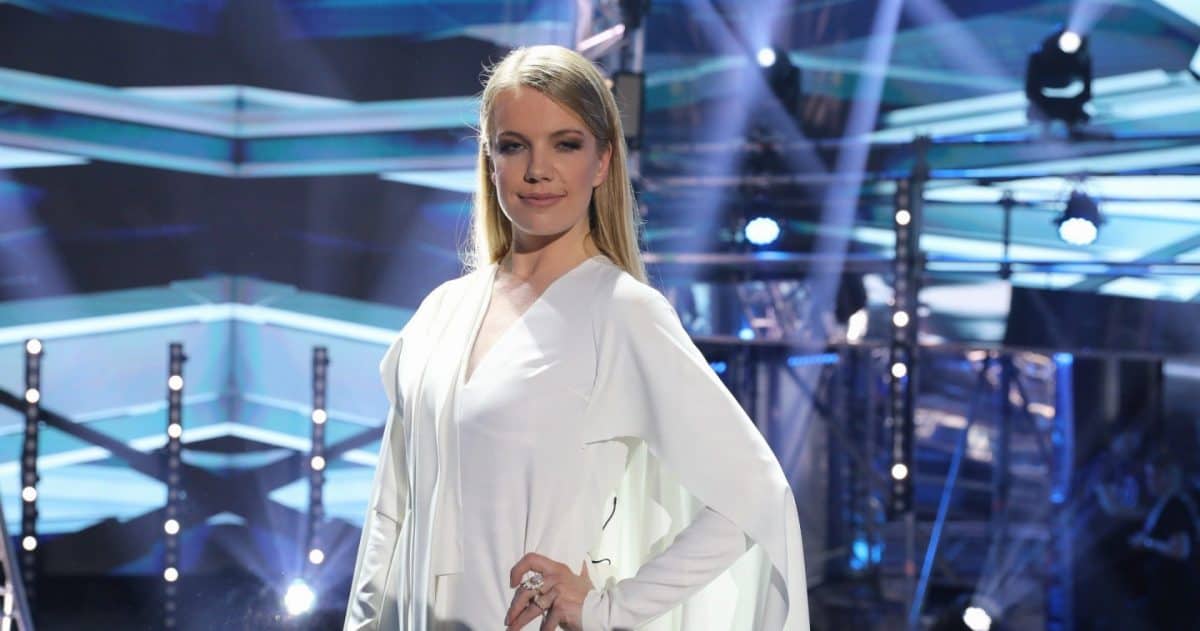 Tonight we saw EMA 2021, Slovenia’s national final for this years Eurovision, where Ana Soklič revealed her song for Rotterdam, “Amen”.

After being confirmed as Slovenia’s representative for the 2021 contest, it was announced that Ana would have her own national final. The show, was broadcast live from RTV Slovenija Studio 1 in Ljubljana and hosted by Slovenian representative from 2018, Lea Sirk and Nejc Šmit. Ana performed her 2021 entry at the end of the show.

The show also served as a celebration for Slovenia as it is the 60th anniversary since Slovenia made their Eurovision debut as part of Yugoslavia in 1961. The first part of the show saw the hosts re-living Slovenia’s Eurovision history by watching video clips of performances and speaking with former participants, including Tajci (1990), Darja Švajger (1995) and Nuša Derenda (2001), among many others.

Are you a fan of Amen? How well do you think it will perform at Eurovision? Let us know what you think in the comments below!

“Arcade” debuts on US Billboard Hot 100

Will Montaigne make it to Rotterdam for Eurovision 2021?

Get ready for the Adriatic Pre Party coming on May 1st

Ready, Steady, Eurovision! BBC to launch new social media videos in the run up to Rotterdam

Who will be joining Graham Norton for the BBC’s coverage of Eurovision 2021?